It's hard to fault Blood II for not doing anything new; it sets out to be a traditional shooter and does a good, if not great, job.

The original Blood won numerous fans, despite the fact that it was a 2D shooter released nearly a year after Quake made 3D environments standard. The clever level design and wisecracking antihero, Caleb, made up for the fact that the game was a technical throwback. Now, just over a year after the original hit stores, Monolith Productions has released a sequel. Based on Monolith's own LithTech engine, Blood II: The Chosen features some strong technical elements. The engine provides solid graphics (better than Quake II, not as good as Unreal), decent control, and great animation. But Blood II lacks some of the innovation of the original; the horror-theme is less pronounced, and the level design doesn't stray far from the average.

Blood II is excellent in several respects. Most of the weapons look and sound great, with the most notable example being the shotgun, which looks menacing and sounds even more so. The howitzer is also noteworthy, while the submachine gun looks bland, though it sounds good. On the low end of the spectrum is the Die Bug Die, a powerful insect repellent that neither looks nor sounds like it should be one of the more powerful weapons. There is a wide variety of weapons, and because you can only hold ten at a time, you must occasionally discard some. It's a nice feature, and one that lets you tailor your arsenal to your liking.

The animations are another high point in Blood II. Enemies move smoothly and look great. They die in a variety of ways, and you'll undoubtedly be struck the first time you see a human writhing on the ground after a grievous gut wound. On the downside, Blood II's artificial intelligence leaves something to be desired. Enemies usually won't attack until you come right into their line of sight and occasionally won't respond when attacked. The AI is better than in the first release of Shogo: Mobile Armor Division, Monolith's other LithTech-based shooter, but it's still nowhere near the level of Half-Life's believable enemy behavior.

Blood II looks impressive. The levels feature diverse appearances and spectacular colored lighting. The textures are great, and areas such as a tenement building and a museum are amazingly detailed. The levels themselves are diverse as well. In the first chapter alone, you'll travel from an ornate museum to a huge science facility to the alleys of an ominious city street to a futuristic flying machine. The game sounds just as good, with funny wisecracks, great ambient sounds, and an appropriately dark, techno soundtrack.

The major problem with Blood II is its pacing. Despite how good the levels look, they are at times confusing, with a variety of similar-looking corridors. Blood II uses a very traditional level design philosophy, and the need to find keys and push buttons is abundant. The designers are self-consciously aware of this, including jokes such as a mission briefing that tells you to push some buttons and kill some things, and a huge glowing sign advertising "silver key industries." Still, making jokes about it doesn't really help. Worse, you'll often go back through levels you've already been through, arriving at any number of dead ends until you find the new path that has opened since your last visit. And while Blood II offers a variety of weapons and enemies, they are unevenly distributed, giving way to long stretches of the game in which you face the same group of monsters with the same group of weapons.

Blood II is by no means bad. In single-player, it is on par with Quake II, but lacking the innovation of Jedi Knight or Half-Life. Multiplayer with the LithTech engine still suffers from some of Shogo's latency problems, but the wide variety of weapons should make for some good deathmatching when Monolith gets those problems fixed. It's hard not to feel that Blood II is a step back in light of Half-Life; there's little sense of urgency, drama, or excitement. But it's hard to fault Blood II for not doing anything new; it sets out to be a traditional shooter and does a good, if not great, job. 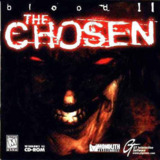 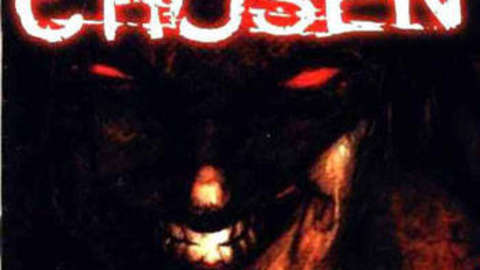 It's hard to fault Blood II for not doing anything new; it sets out to be a traditional shooter and does a good, if not great, job.