The adage about cats always landing on their feet doesn't ring true for Blade Kitten. At first glance, the game looks to have plenty of kitty grace, thanks to its spunky protagonist and pretty visuals. But this clumsy action platformer is often far too easy, and the action doesn't generate much excitement. Blade Kitten has some bright spots, but its bland gameplay and narrative shortcomings weigh it down, preventing this particular feline from leaping to any great heights.

Blade Kitten is based off a Web comic of the same name and follows the adventures of bounty hunter and human/cat hybrid Kit Ballard on the planet of Hollow Wish. Kit's job is to track down local baddie Terra-Li, but she quickly gets involved in more sinister events involving the planetoid's various races. For a game that supposedly serves as an introduction to the universe of Blade Kitten (with more downloadable episodes slated for release), the game does a pretty poor job of setting up events. There's no real explanation as to who Kit is, what she can do, or why any of the action she's getting involved in actually matters. This is a pity because the character of Kit Ballard is quite appealing. The pink-haired protagonist sports sass and charm in equal amounts, and it's great to see a new, fun female character in gaming, even if she is bogged down in some narrative muddle.

While the cute Kit may initially draw you into Blade Kitten, the game's basic action platforming offering won't do much to hold you there. While the game's environments are in 3D, Kit navigates them purely in 2D, side-scrolling left or right to traverse the game's large levels. In terms of abilities, Kit has the acrobatic skills to climb almost any wall or ceiling and uses a sword as her main offensive weapon (Kit's sword--the darque blade--floats beside her like an obedient pet). Kit can also double-jump, block attacks, and sprint to quickly get past some obstacles. It can be fun to leap, slide, and climb around Hollow Wish as the acrobatic Kit, but this fun is fleeting for the most part because the platforming in Blade Kitten is quite basic. The majority of the game involves simple jumps from ledge to ledge or climbs up and down walls, so there's little here to really engage or involve you. Kit will occasionally have to ride a Star Wars tauntaun-like creature across environments, but even these are extremely linear events. There are only a few instances where timing or accuracy will matter--such as a level where you have to flee from a gigantic monster destroying a castle or the game's final, platform-destroying boss--but they're stretched out far too thinly throughout the game to offer any meaningful challenge.

The game's action offering is just as basic as its platforming. There are only a handful of different enemies in Blade Kitten, and most are easily defeated with a couple of simple sword swipes. You can get through the majority of the game spamming Kit's basic attack, with only one enemy type requiring any other strategy to defeat. Even the game's various bosses and minibosses are a cinch to overcome. Blade Kitten does offer obsessives plenty of hidden areas and loot to collect in out-of-reach places, but given that there's enough money to be found to buy most of the available upgrades even if you stick to a fairly linear path, there's little incentive to go wandering.

With a poorly told narrative, easy platforming, and dull enemies, there's little to propel you through Blade Kitten's 13 stages, which take about five or six hours to run through. At least Kit herself controls solidly, but there are some occasions when the game frustratingly glitches. Some instances are fleeting (such as when Kit inexplicably starts to move at a snail's pace), while others are more serious, requiring restarts of levels to fix (such as Kit getting trapped in the environment or getting stuck in walls).

Blade Kitten's strongest area is its visuals: The game's anime-inspired world is rendered brightly in a cel-shaded fashion, and it's great to look at the various environments Kit has to traverse. But even here there are issues. The world looks great, but it's sometimes difficult to differentiate what pieces of the environment are on Kit's plane (as opposed to what's in the foreground or background); thus, figuring out exactly what you can interact with leads to some confusion.

At its best, Blade Kitten is a decent distraction that features some pretty visuals and an appealing protagonist, but its gameplay is too shallow to make it an involving or memorable experience. Kit Ballard may be a fun character, but on the strength of Blade Kitten, there's little reason to look forward to what her future adventures have in store. 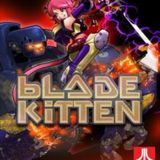 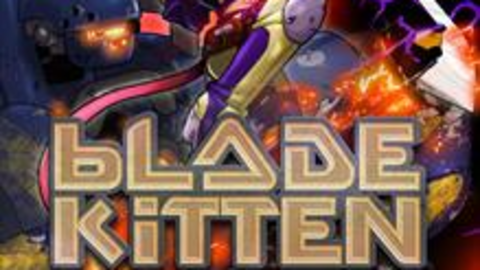 Based on the Web comic of Krome's creative director, Blade Kitten is the Brisbane-based studio's second original IP.