Blade Dancer plays by the book as far as the narrative goes, but an interesting crafting mechanic and an adaptive battle system with real-time elements help set it apart.

Blade Dancer is one of the few role-playing games that employ an item-crafting system that is both easy to use and central to the gameplay, though that's one of its few distinguishing features. Still, if you don't mind running around in a predictable world to play around with some real-time battle elements, craft up a bunch of useful items, and battle all the monsters you can shake a stick at, this game is worth a look.

Things start off with a young man named Lance who sails to the mysterious island of Foo to seek adventure, vowing to pledge his services to the very first person who requires his aid. Fortunately for him, Foo is a nation simply brimming with needy folk, a variety of dangerous monsters, and a heaping helping of ominous history. The land was once home to the Zeimos, an advanced race that embraced peace and the powers of the light to build a utopian civilization. That lasted until a member of the royal family decided to seek out dark power and spread war, anarchy, and necromancy, as well as all sorts of horrible afflictions throughout the world. A true defender of the people eventually arose, and he was known as the Blade Dancer. Though the Blade Dancer disappeared without a trace one day, Lance curiously sports a similar moon tattoo on his forehead, and the game follows his journey of discovery as he encounters friends, foes, and his own blossoming powers.

The narrative is pretty much rote RPG, with brief interludes between characters that don't lend their relationships a whole lot of depth. There's a fair amount of spoken dialogue in the game, and while this lends some additional personality to the characters, the average script keeps things from getting all that engrossing. You can switch from the sometimes over-the-top English voices to the original Japanese if you'd like, though, and if you've saved the world in a bunch of other games, you likely won't mind saving this one.

Enemy groups in the field are represented by floating skulls. The skulls make patrol loops in certain areas and won't attack you unless they see you, so you can try and sneak past monsters if you'd like--but if you get spotted, you'll be chased. The skulls are color coded for difficulty: Blue skulls are weaker monsters that will actively flee your party, white skulls are about your level, and red skulls are challenging foes. While it's tempting to run right past blue skulls, if there's more than one in an area, they'll combine to form a black skull that contains a single, very powerful enemy, so you might not want to ignore them. The skulls will respawn after a short amount of time, so you'll need to keep moving through an area so you don't get repeatedly mobbed. Since you can't pause the game, even if you're rooting through menus, you'll have to seek out safe spots if you want to fiddle with equipment, craft, or use items.

The battle system in Blade Dancer is a mix of turn-based and real-time elements. Characters have a "moon clock" next to their name that lets you know when their turn is coming up. Otherwise, you can't pause the action, rifling through menus is done while enemies are still moving, and you'll need to keep watching each character's section at the bottom of the screen so you can select them manually when they're ready to fight. One of the interesting things about battles is powerful magic attacks such as spells called lunabilities, which rely on points from a luna meter that appears on the top of the screen. The trick is that the luna meter starts out empty every fight (you can extend the maximum length of the meter by completing quests for townsfolk), and it only fills when you score melee hits on monsters or they score melee hits on you. Each time this happens, the meter fills a little bit more, and as soon as it contains enough points for the spell you want to cast, you can queue up your action.

The twist is that monsters also draw from the same luna pool. You can stop monsters from successfully casting lunabilities by attacking them while they're in the process of powering up (and enemies can do the same to you), which will cancel their spell and return the luna points to the gauge. Stopping their attacks both ensures you won't get hit by devastating melee specials and spells and keeps the luna meter high so that your own party can use the points themselves. It's an interesting mechanic that lends battle a bit of a strategic edge, particularly as you start to encounter harder and harder monsters.

Blade Dancer's major feature is its crafting system, which lets you combine items that you purchase from merchants or collect from defeated foes into powerful weapons, armor, and items. Unlike other games, where crafting items is a side activity, Blade Dancer is balanced around crafting due to two factors. The first is that all your weapons have a certain amount of durability, which steadily decreases with use until the item itself breaks and disappears. The other is that you cannot repair your weapons. That means that if you find a powerful sword, unless you take it to a special merchant called an appraiser to break the weapon into its base components and give you a recipe for its making, you'll only be able to use it for a limited time before it shatters for good. While certain shops will carry premade weapons you can use in your adventure, it is always a great deal cheaper to craft items yourself, and the weapons that you discover in your journeys are routinely more powerful than those you can buy in stores.

Fortunately, the crafting itself is not onerous at all. You can stop and whip up items at any time by simply bringing up the crafting menu, whether you're in town or in the middle of a dungeon. Each of your four characters is imbued with one of four elements: fire, earth, water, and air. Each weapon or item is also attuned to a certain element, so it's best to have the character with the proper affinity attempt to craft items so you have a lower chance of failure. If you fail to create an item, you'll lose one of the pieces, so it's usually a good idea to try and stock up on crafting materials before you head out of town. To help out even more, generally weapons and armor that you can purchase in stores either outright spell out the crafting recipe or give you a good hint to their making. While you'll mostly be using recipes to make items, you can also choose an option to combine things of your choosing to try and make something new. Helpfully, if the items you choose don't combine into anything, the game comes out and tells you so, so you won't waste components while attempting inventions. If you're successful in working out a recipe on your own, it's then permanently added to your recipe list to replicate later.

The fact that you can craft items on the fly, including things such as healing potions, and the fact that your spells are tied to a meter that refreshes every battle (no running out of magic points) means that Blade Dancer is conducive to spending lots of time running around in the countryside stabbing things. You won't have to head back to town very often to restock, and that's a good thing seeing as working your way back to a city often involves the passage of numerous loading screens and possibly fighting a lot of enemies. While towns themselves tend to be nicely filled out and detailed, outdoor environments are overall pretty bland. The various grasslands, forests, and deserts are often "misty" or don't otherwise have a large draw distance and don't have much in the way of interesting visual elements other than the floating skulls. Characters are pretty well tooled, though they have a limited number of animations, and the various special-ability effects aren't terribly flashy but still get the job done. There isn't a whole lot of music in the game and outdoor areas generally do not have any tunes at all, only ambient sounds, which contributes to the bland sensation you'll get running around. The music that is present is decent enough and doesn't loop so much that you'll be yanking out your hair every time you visit town.

Upward of 20 hours can be spent crafting items, fighting monsters, and decking out your characters on your way to saving the world. There are a number of side quests you can take on from townspeople, simple quests for rewards of money, items, and luna-meter extensions, though none of them are awfully deep. Also, Blade Dancer has a wireless multiplayer mode that lets multiple players with a copy of the game load up their save files and pool into special multiplayer dungeons. You can modulate the level of your characters depending on the save file you selected so you can match the level of your friends, and as a bonus, you can pick up items that can then be used in the single-player game. Some of these items are surprisingly powerful--such as a sword that is capable of dealing over 10,000 damage in a single attack but breaks immediately.

Blade Dancer is solidly average in a lot of respects--the characters are fairly shallow and the story is predictable and derivative, but the crafting and battle systems are different enough to give the game some interesting elements. If you absolutely must have a new RPG on your PlayStation Portable, and you don't mind it being a bit slow in the story department, consider checking this game out. 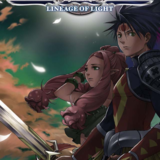 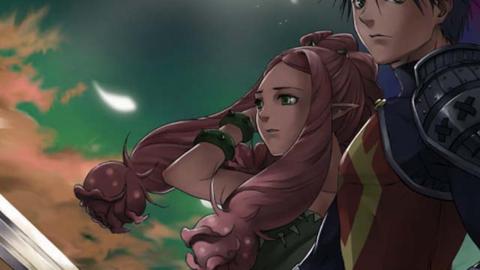 Blade Dancer: Lineage of Light is a role-playing game that lets you play cooperatively with three of your friends. Alone or in a group, you must stop the Dread Knight and his dark army.

7.4
Sign In to rate Blade Dancer: Lineage of Light