Big Brain Academy is a "brain training" game collection that picks up where Brain Age left off, but the basic idea is the same. There are a bunch of brief, easy-to-understand minigames to play and practice with, and then you can take a big test that gives you five of the games at random and results in a score and a grade that is meant to correspond to how you think. It's definitely light on the science--you won't find any doctors endorsing Big Brain Academy right on the box, like they did with Brain Age--but Big Brain Academy's 15 exercises and three difficulty levels are more than enough to justify the game's $20 price tag.

The 15 games in Big Brain Academy are broken up into five different categories meant to tax different parts of your intelligence. The three games in the "compute" group are math-oriented, including one called written math that asks you to solve simple math problems, but the questions are written out in text rather than using numbers. The think group has you looking at objects on various scales and attempting to deduce which item is the heaviest. Other games fall into identify, memorize, and analyze. A graph in the center of the selection screen lets you know how well you've scored in each category. Each game operates on a timer, and your goal is to successfully complete as many problems in each game before time expires. At the end, you're given a "weight" for your performance, with the theory being that these games are exercising your brain and making it heavier. Heavy.

There are three modes of play in Big Brain Academy, all of which merely chop up the game's 15 tasks in different ways. The bulk of your time will probably be spent in practice mode. Here, you can take on any of the games on one of three difficulty settings. At the end you're scored and the game saves your highest score for each of the 15 games on each of the three difficulties. You're also given a medal that corresponds to your performance.

While keeping track of each score is fine, if you really want to know how you're doing, the test mode is what you're looking for. Here, one game from each of the five categories is chosen at random and operates on sliding difficulty scale that increases as you perform. At the end, your score for all five games is totaled up and you're also given a letter grade, as well as a label that's meant to indicate what sort of brain you have, like engineer, museum curator, or Michelangelo. You can take and retake the tests as often as you like.

The third mode is a multiplayer mode that lets up to eight players compete using only one copy of the game. In this mode, you pick one of the games and everyone gets the same tasks at the same time. The player to finish first gets the lion's share of the points. You lose points for mistakes, and you play to a set score. It's a worthwhile, though awfully basic, competition.

All in all, the game's friendly, colorful look and its easy-to-learn but reasonably addictive gameplay make Big Brain Academy a decent collection. You'll run out of things to do relatively quickly, but considering the game's budget price, it all adds up in the end. 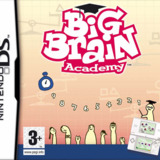 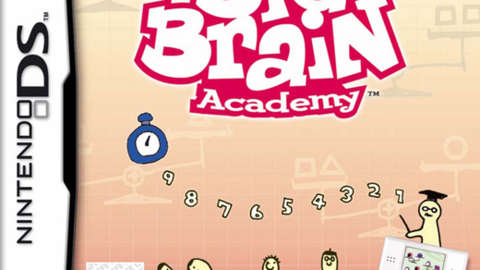 Big Brain Academy features 15 activities that test their brain powers in areas like logic, memory, math and analysis. Up to eight people can play with a single game card, and each activity takes less than a minute to complete.