Even a merry band of adventurous thanes can't save this quest from ruin.

"Even monsters have a mother," says the cursed Danish king in Ubisoft's new Beowulf: The Game. But unlike monsters, video games have many mothers, and we don't mean just their dev teams. Take Beowulf, for instance. With its ultraviolent combat, extravagant boss fights, hypermacho hero, and cinematic, button-prompted beatdowns, this game of the movie of the poem borrows traits from several great games of the past but fails to live up to any of them.

Beowulf is a third-person action game in which you stomp all over enemies and bosses as the buff, angry, and eponymous Beowulf, while commanding your band of merry thanes via a small selection of commands ("Get angry," "Come here," "Move that," "Stop moving that"). The stomping is cinematic and grossly satisfying, albeit repetitive, and your thanes are great. But stronger than any of these friends are foes of a design nature, and these issues lie in wait to completely sabotage your quest and kill your will to adventure.

The story is nonsense. You play Beowulf, the strong, swimming, monster-slaying Nordic macho man dispatched to rid the Danes of a marauding monster. After defeating Grendel, you're given a nifty dragon horn by the seemingly mad Danish king, who then dispatches you to kill Grendel's mother. She seduces you into giving her the horn (which, it turns out, is magical and must be used to feed Denmark), and all of a sudden you're the Danish king, and your kingdom is in the exact same position it was in before you arrived. Grendel's mother has you where it hurts, and everything is going to heck as barbarians, monkey men, rival thanes, and cultists run wild across your land. Your job is to kill everyone bad, and somehow not be seduced by Grendel's mother, who humps your leg and bites your neck whenever she sees you.

The path seems straight enough. After all, the game is largely linear and only about six hours long from beginning to end. But waiting for you in that short journey are design pitfalls you may never escape from. One example is a puzzle that challenges you to use carnal rage (berserk mode) to start fires, which in turn let you hunt the leader of a band of evil monkey men. If the connection between rage, fire, and monkey men is lost on you, you are not alone. Unraveling that tangle is one of the most frustrating challenges in the game, not for the tax it exacts on your mental faculties, but for its utter lack of logic.

This case is just one outgrowth of a greater fungal network of confusion, weird mechanics, and bad planning. Beowulf, in an effort to seem open ended, is full of branching paths whose avenues lead to dead ends. Even worse, one trail will be blocked by a waist-high boulder that your mightiness cannot scale, yet the only way forward will entail a 20-foot climb straight up a vertical surface. Truly, Beowulf does not know his own strength, and neither does Ubisoft.

There are other such illusions at work, such as the "carnal" versus "heroic" scale system. Ostensibly, this is a meter by which your legacy will be measured, but appearances can be deceiving. If you rely heavily on carnal fury (a berserker mode in which you become invincible and do heavy damage), you'll gain currency that improves your berserker state, and the meter will slide toward carnal. If you kill enemies with regular attacks, you'll gain currency that improves your henchmen, and shifts the meter toward heroic. But there's no light or dark path, which this system seems to hint at, and even worse, you can't always choose whether or not you want to be carnal or heroic. Against virtually all the bosses, you have to enter carnal mode; it's the only way to hurt them.

If you dodge an enemy's strike, you'll be able to execute a cinematic power attack that can slay nearly any foe in one shot and heal you. The funny thing is that you don't actually have to dodge an attack. You simply hit dodge followed by power strike, and Beowulf automatically executes the super swing while moving toward the nearest enemy. Even better, Beowulf seems to be invulnerable during both animations, so as long as you hammer on the dodge-and-attack sequence, you can cinematically cleave and stomp your way through an unlimited number of barbarians, monkey men, or worshippers, all while healing yourself and your allies. When you aren't mindlessly mashing buttons, you're following button prompts to kill bosses, just like in God of War. Consequently, the only aspect of Beowulf's combat model that isn't downright broken is cribbed from someone else's epic poem.

Except for one thing, or rather, thane. You see, any time you do anything remotely awesome, your thanes (your Norse entourage) will cheer you on with shouts of "Wow, did you see that?", "Whoa, look at Beowulf, he is so awesome!" and "My hero, look at him go! I am inspired!" Those aren't their exact words, but the sentiments are the same. Likewise, every one of them will whoop and holler every time you kick butt, and you average at least a butt kicked per second. As a result, combat is a matter of you chopping people up and stomping on them in glorious slow motion, while buckets of blood fly all over the screen, to an unending chorus of awe, affection, and gratitude. There are definitely worse experiences in video games.

Furthermore, say that you find your path blocked by a boulder. Instead of just kicking it aside yourself, you point at it and say "Move that boulder" via a simple command menu, and your thanes all jump on it with calls of "Here I go," "I'm doing it!", and "I'm in position!" From there, you can begin a rhythm game that causes Beowulf to dance, sing, and pump his fist while the thanes heave, ho, and say things like "Yeah, here we go, we're doing it! Yeah!" So you aren't just a marauding band of tough guys, you're an adventurous, Nordic a cappella group that solves problems with the power of song, dance, and positive reinforcement--Elite Beat Ancients.

As you might expect, the production values are uneven. Most of the environments look good, with plenty of atmosphere and creepy set pieces, and the cinematic violence certainly employs enough blood. But Beowulf executes the same attacks over and over, and the guy himself isn't very cool-looking. His weird Viking ponytail looks awful, and some of the other textures look last-generation. Both the Xbox 360 and PlayStation 3 versions run smoothly, without any noticeable jaggies, though the PC version was a different story. Without antialiasing, the game looked gritty but ran fine. With antialiasing, it looked fine but moved with caffeinated jerkiness. Otherwise, all three versions were effectively the same, with simple controls, ridiculous challenges, and fun-loving thanes.

Beowulf: The Game, for all its considerable flaws, has some unique and fun content. And even though your thanes aren't particularly capable, they're still oddly entertaining. So it's too bad that the fun is so short-lived, and that the game itself is so poorly crafted. After just three hours of Beowulf, you'll get stuck, have no idea what to do, and be ready to send it to sea on a pile of burning sticks. Even if you do struggle through the game's obtuse obstacles, the rest of its myriad problems will make you wish you'd spent your spoils on a longer, better voyage. 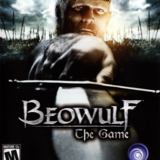 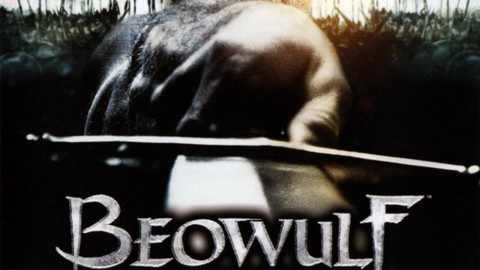 Play as Beowulf, a Norse hero with the strength of 30 men, as you lead your army into battle in this game inspired by the movie.