Bayonetta is simultaneously gratuitous, ludicrous, and marvelous, but that's precisely why it's such a wild and fun adventure.

From the moment Bayonetta's prologue begins, it's made abundantly clear that you're entering a world of pure wonder and spectacle. As the prelude unfolds, you control the titular heroine and stylishly dispatch an angelic host of enemies while standing on the face of an exploding clock tower as it tumbles end-over-end from a mountaintop. This brief and over-the-top sequence is but a first step on the long road of delightful insanity that will follow, with each and every moment pushing the limits of ridiculousness even further. But however ludicrous it may appear, do not make the mistake of dismissing Bayonetta as all style with no substance. Beneath its glossy facade lies an accessible but deep and intricately nuanced combat system that allows you to perform impressive feats and feel like part of the magically empowered. This high-octane hack-and-slash game is expertly paced and further enhanced by several subtle but brilliant tweaks to the formula. These include a powerful item concoction mode, a comprehensive scoring system with online leaderboards, and a loading screen cleverly disguised as a practice mode. Whether you believe in magic or not, Bayonetta is a truly bewitching experience.

Five hundred years is long enough for an entire world to change, which is what the woman known as Bayonetta discovers after awakening from her slumber in a tomb at the bottom of a lake. With her memory understandably hazy, Bayonetta remembers little more than that she is an Umbran Witch and looking for something called The Eyes of the World. On a tip from her informant, she heads to the isolated city of Vigrid where she begins to piece together her missing memories and learn about the downfall of her clan and its counterparts: the Lumen Sages. What ensues is a series of hilariously over-the-top moments--each of which somehow surpasses the previous--that loosely form a narrative amidst a plethora of sight gags, sexual innuendos, and gratuitously violent angelic deaths. Amidst all the absurdity is a coherent plot with some surprisingly sweet moments, but the main attraction is the combat, not the storytelling.

Having contracted with the demons of Inferno, who serve as a source of her power, Bayonetta is a mortal enemy of the angels of Paradiso who seem to emerge at every corner in Vigrid spoiling for a fight. Armed from the get-go with a unique set of four guns (two of which are attached to her high heels), Bayonetta punches, kicks, and shoots her way through the heavenly aggressors that hound her every step. Apart from the basics, she can also perform a number of stylish special attacks to punish her enemies in often mind-boggling ways. Bullet climax attacks can strike out at all nearby attackers with most or all of Bayonetta's creatively wielded guns; wicked weave attacks summon monstrous, demonic appendages in her hair for a magical sucker punch or heel stomp; and torture attacks that conjure pain- and humiliation-inducing contraptions out of thin air. You're able to dish out an incredible amount of hurt in Bayonetta, and it's hard not to be hooked after experiencing the sheer pleasure of performing your first outrageous combo which may or may not involve break dancing, ensorcelled guillotines, and dozens of bullets to bridge together your myriad punches and kicks. As you fight through the angelic choirs, a variety of new weapons, such as a cursed katana or an enchanted pair of ice skates, are unlocked through trade with the demonic barkeep/smith Rodin, enhancing your already impressive arsenal even further. Because both Bayonetta's hands and feet are her weapons, you equip both with your instruments of heavenly destruction and can even have two entirely different sets ready for action with the tap of a button. These two arsenals can be swapped midcombo, which offers a great deal of flexibility (particularly when fighting several different types of angels at once) and makes battle feel free-form and pleasing. Truly, angels will cry before you're finished with them.

From the very beginning of the game, dozens of different combo attacks can be performed with the right recipe of button presses and timing, but even more advanced techniques are available for purchase from Rodin as well. In an ingenious move, the between-level loading screens also double as a practice mode of sorts where you can play around with each of Bayonetta's attacks. Complete with a handy onscreen move list, this feature is invaluable for learning the differences between the many different combos and finding the ones that work best for you, and you can even turn it into a full-fledged practice mode at the touch of a button. Even with this helpful mode, though, it can be tricky to grasp the subtle nuances of combat. If complex combos or elaborate attack dances aren't your thing, Bayonetta's easy and very easy difficulties equip everyone with the means for performing even the most impressive of attacks almost effortlessly. But for those clamoring for a challenge, Bayonetta does not disappoint--on normal difficulty, even lesser angels can prove to be fatal, and there are two harder levels to unlock for the most skillful of players to brave.

The core mechanic that fuels Bayonetta's combat complexity is your ability to dodge enemy assaults: Pulling the right trigger at almost any time--including midcombo--will instantly cause Bayonetta to pirouette out of harm's way. Enemies hit hard and rarely drop bonus health, so it is in your best interest to exploit your dodging prowess as often as possible. Indeed, the combat system is not only built around the concept of avoiding damage altogether, but it also rewards you for doing so in more ways than one. If you dodge an attack at the last possible moment, Bayonetta activates a powerful ability known as witch time, which temporarily slows time down to a crawl for everyone else and allows her to thrash her foes and circumvent their sometimes considerable defenses. By making dodging so accessible and utilitarian, developer Platinum Games has transformed each battle into a fluid, continuous dance, with your performance graded and compared against other players via online leaderboards. This grading system judges your angel-slaying aptitude based on time spent in combat, combo damage dealt, and damage taken for each battle and stage. Obtaining the coveted "pure platinum" grade in a complete level or even a single encounter for your speed and skill is both challenging and rewarding. Going for them all is a great reason to replay and drive your scores higher and higher.

Each of the 16 chapters in Bayonetta is broken down into a series of self-contained enemy encounters called verses. When not actively killing the agents of heaven, you maneuver your witch through Vigrid, as well as its surrounding areas, solving simple environmental puzzles, finding ingredients to concoct health and support items (all lollipops, naturally), searching for hidden challenge rooms, and watching as the pleasantly preposterous story unfolds one cutscene at a time. When the moon is full and visible--which happens more often than you might think--Bayonetta is able to witch walk on walls and ceilings to move about or fight. These situations are among the most memorable moments in Bayonetta, and being able to run across a collapsing wall to avoid an incoming wave of molten lava or leap from floor to wall to ceiling to continue a furious assault is not only freeing, but it also adds a new dimension to the genre. Action peaks when the most powerful of angels--the personifications of the cardinal virtues--appear and try to stop Bayonetta, and you'll need every one of the powers at your disposal to defeat these titans of heaven in awesome multipart battles. Each boss fight ends with an aptly named climax attack that summons one of the many infernal demons Bayonetta has contracted with (and seems to keep in her hair) to brutally finish them off and drag them down to hell.

With each moment spent in the world of Bayonetta, it becomes more and more evident that an incredible amount of effort was spent in making everything look as stylish as possible. The frame rate is crisp and smooth, with each of Bayonetta's ridiculous, hypersexualized poses expertly animated. Watching as she suplexes a dozen angels at once, defeats herself in a dance off, or jumpstarts a motorcycle by using her middle finger as a key is delightful, and the arena for each boss battle is a sight to behold. Even the more mundane actions are carefully detailed--Bayonetta doesn't so much bleed as she blooms roses, double jumps are assisted by the butterfly wings that sprout from her back, and so on. Angels have a fantastic yet grotesque art direction that blends together elements from classically beautiful Greco-Roman statues with avian, insect, or even technological bases to form unique designs. Some of them, such as the virtue Fortitudo--a twin-headed dragon whose central body is itself yet another inverted head--stand out more than others, but all are memorable. Though the dynamic camera generally does a fine job of ensuring that the action is front and center--particularly during witch walk sequences--there are a few enclosed areas where it seems unsure as to what to do. This is a rare occurrence, however, and overall, it's a minor annoyance at worst.

Matching the over-the-top action of Bayonetta is a suitably ridiculous soundtrack that is equal parts annoyingly catchy pop, epic chorus, and retro arcade synth. Like the rest of Bayonetta, the soundtrack is very tongue-in-cheek, particularly an upbeat remix of "Fly Me to the Moon" that is used throughout the entire game, and most often as you gleefully dispatch angelic foes in a whirling dance of death and display. Accompanying the soundtrack is an all-star voice cast, the real star of which is, of course, Bayonetta herself, who is voiced with just the right combination of sultry, sass, and self-confidence to bring her to life and keep her from devolving into the realm of stereotype and cliche. With nearly every ridiculous stunt, she delivers a double entendre in her feisty British accent (all the time with a wink in her eye), the complete spectacle of which brings a smile to your face.

With the fluidity and flexibility of its fighting engine, innovative use of bullet time and wall-walking mechanics, and the competitive online scoring system that is weaved into its very fabric, Bayonetta isn't so much a sister to other combat-oriented action games as it is an evolution of them. Its battle controls are silky smooth from the very first moment you experience them, and the magic remains throughout the entire journey; whether you're throwing a bus at a boss or hitching a ride on a ballistic missile. Chock-full of often silly but always memorable moments, Bayonetta is hard to get out of your mind even after you've stopped playing it. More than anything else, almost everything about Bayonetta feels just right. Its host of hidden items and secrets, multiple difficulties, competitively balanced scoring system, and charismatic heroine make it a game that will be revisited time and time again. This is one action game that you absolutely must not miss.

View Comments (30)
Back To Top
9
Superb
About GameSpot Reviews 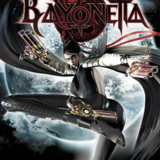 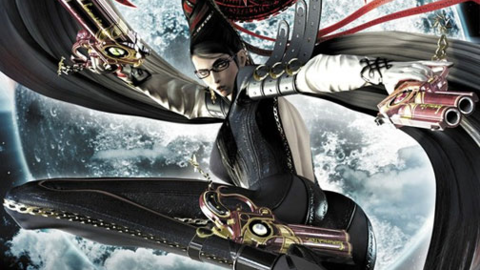 Action-adventure story in which Bayonetta, a reborn witch, will have to battle angels with unique "witch-like abilities" and guns equipped to her hands and feet.