Fans of real-time strategy gaming who might have missed Battle Realms amid last year's busy holiday season may still do well to give the game a look at this time.

It isn't easy for a real-time strategy game to distinguish itself these days, because the genre is saturated. And it isn't just filled with fluff--no matter what your tastes or gameplay preferences may be, chances are good that there's been an excellent real-time strategy game in the last 12 months that would be a perfect match for you. Earlier this year, Blizzard's Warcraft III met with tremendous success, and it is still widely played and very popular. The more recent Age of Mythology makes a suitably good counterpart, with its larger scale and more epic feel. Meanwhile, Medieval: Total War has a level of depth and tactical complexity not found in most other strategy games, and Combat Mission: Barbarossa to Berlin uses real-time turn resolutions and extremely realistic military units to completely reinvent modern wargaming. With such fierce competition on all fronts, it's difficult even for last year's most notable real-time strategy games to remain relevant only a year after their release. This is really the biggest problem with Battle Realms: Winter of the Wolf, which is technically a pretty solid add-on to last year's distinctive martial-arts-themed real-time strategy game.

The $30 expansion actually comes packaged with the original game, and so is clearly intended to draw new players into the world of Battle Realms rather than just give those who already own Battle Realms some more units and campaign missions to play with. However, those who haven't played Battle Realms before in some ways have already missed the boat on this game, as it hasn't aged too well in the last year. The graphics that were state of the art last year now look noticeably worse than those of Warcraft III and Age of Mythology. More importantly, Battle Realms' gameplay problems have not been addressed in the expansion, while more-recent real-time strategy games have incorporated some of Battle Realms' innovations (and stylistic touches) to better effect. Nevertheless, the core Battle Realms real-time strategy gameplay is still unusually different from the norm, and now you can get a lot of it for your money. Also, those who already own Battle Realms will get a $10 rebate when purchasing Winter of the Wolf.

The original Battle Realms campaign focused on an exiled hero named Kenji, who would become leader of either the Dragon or Serpent clans and fight to unite the country under his flag. Along the way, he'd inevitably square off against the vile Lotus clan and the barbaric Wolf clan. The latter two did not play a central role in the story of Battle Realms, but they figure most prominently in this expansion pack, which takes place before the events of the original game. It chronicles the story of Grayback, a Wolf leader who begins the campaign by staging a rebellion against his Lotus-clan enslavers. Grayback must unite and rally his forces and restore the Wolf clan to freedom over the course of an 11-mission campaign.

The campaign gets off to a slow start, because it'll be a while until you actually break free from the Lotus clan's shale mines and can actually begin building bases and training units. You'll at first just have to make do with what you've got and go from point to point in several highly scripted but not altogether engaging missions. These use in-engine cutscenes to drive the story along, and while the voice-over is pretty good, the unflattering close-ups of the game's blocky units aren't. Also--and this has been a problem with Battle Realms all along--because you have limited tactical control over your forces, the battles in the early stages of Winter of the Wolf merely require you to sit back and watch.

As a more general criticism of the campaign, it's odd that it focuses on what's arguably the least interesting of Battle Realms' four factions. The various martial-arts-style units from the first game were one of the main attractions--it was a game in which you could control armies that looked like they came straight out of a Hong Kong kung fu movie. The Wolf clan's Stone Age-looking barbarians, with their bulging muscles and crude weapons, stood in sharp contrast to the other factions and made for interesting opponents. But Grayback and his wild clansmen can't carry a game as well as Kenji and his brothers-in-arms.

The Wolf clan may star in the campaign, but the Winter of the Wolf expansion makes a few additions to all four of the factions, in the form of one structural upgrade and three new units per side. These can all be used in the game's skirmish and multiplayer modes, and some appear in the new campaign as well. The structural upgrade for each side is a high-level town center enhancement that lets you train a couple of new units--either a high-level fighter or a powerful female support character. Those familiar with Battle Realms will recall the game's clever resource model, in which the very same peasants used for harvesting the game's two resources--rice and water--could also be sent into training facilities to be converted into fighting forces. Those military units could in turn be upgraded into entirely new forces by sending them into other training centers. It would invariably take a while to develop an army of top-tier units because of this, so the new town center upgrades are an interesting twist since they let you train relatively powerful units in just one or two steps. The new units, ranging from the bare-chested Dragon clan guardian and his huge studded club to the Lotus' menacing, scythe-wielding reaper, fit right in with the original game's colorful cast, and they're fun to watch in action.

Winter of the Wolf, true to its name, also adds a new snowy terrain type, which is a nice addition to Battle Realms' rather limited selection of settings. In some of the original game's maps, occasional rainstorms would increase rice-crop yields temporarily. Conversely, in these new snow maps, intermittent snowstorms will bring rice production to a halt, forcing you to make do with whatever forces and resources you already have on hand. A nice snowstorm may be an excellent opportunity to muster all your military units and attack your foes, catching them when their resources are limited.

The combat in Battle Realms is still quite chaotic. Units can be ordered to run, and they can easily bypass the enemies they come across and strike straight at the most vulnerable units or structures of their opponents. The game's large units, complex animations, and very large, spread-out buildings make it difficult to keep track of what's happening in the game's large-scale battles, and the game's interface--while sleek--unfortunately provides few options for precise control or effective use of some of the game's unique features, such as the ability to equip individual units with specialized battle gear. Also, the sprawling bases, relatively small unit counts, and relatively limited base defenses mean that fast, early, surgical strikes against key points in the enemy base are dominating tactics in Battle Realms. You might have trouble getting to those new units, since the game's relentless AI or any experienced Battle Realms player will be giving you the fight of your life long before you're in the position to train any. At times, Battle Realms plays like an action game in which you're forced to control too many characters at once. Recent real-time strategy games have successfully incorporated Battle Realms' brand of visually impressive, exciting battle sequences but also grant players a superior level of control over the proceedings. It's little wonder, then, that relatively few people are playing Battle Realms online at this time.

Last year's Battle Realms was a great game that featured a lot of unusual, even innovative features and some truly impressive graphics. Winter of the Wolf doesn't make any huge changes to the original, and therefore inadvertently illustrates just how far the real-time strategy genre has come along in the last year. Fans of real-time strategy gaming who might have missed Battle Realms amid last year's busy holiday season may still do well to give the game a look at this time, though the circumstances are such that they're liable to miss out on the game once again, especially since they have plenty of alternatives. 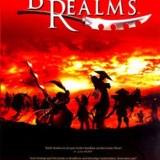 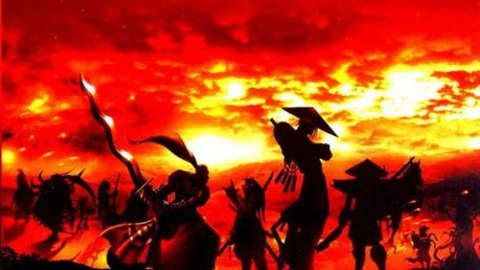 Battle Realms has style in spades--everything about it is slick, and it's noteworthy for that reason alone, as well as for many others.