This sequel to Nintendo's console wargame wages a much more successful campaign on free time.

The original Battalion Wars seemed like a great idea: an Advance Wars spin-off with as much action as strategy, where you could command an army's entire force while also wrecking house from the cockpit of a chopper, or running around in the body of a grunt. It was a cool game, but it didn't quite live up to its potential. As a sequel, Battalion Wars 2 delivers a superior single-player campaign, as well as decent online play for owners of Nintendo's elusive Wii. With several of the same problems as its predecessor, this second world war will hardly take the world by storm, but it may capture your imagination for awhile.

The most immediately gripping feature is the game's context, which sets a global stage of six fictional factions, most of which are based on real-world analogs. For instance, the Solar Empire is pretty obviously supposed to be Japan, with its kimono-clad Empress, high-tech weaponry, and over-the-top commander, A-Qira.

Most compelling, though, is the game's take on the Anglo Isles, which appear meant to represent Britain (home of the game's developer, Kuju Studios): "This green and pleasant island nation once commanded a mighty empire, but is now relegated to the backwaters of global diplomacy." Ouch! Even more poignant is the fact that in the beginning of the game, the Anglo Isles are duped by the game's evil superpower into invading a nation in search of weapons of mass destruction.

Veiled political commentary aside, the game is actually the tale of two wars, an earlier conflict and a current one. Both are cases of the Xylvanians telling one nation that another is building a superweapon, and then using the ensuing chaos to distract the world from their own superweapon research. The first war is ironically ended when the Solar Empire annihilates the Xylvanians with a metaphorical nuke (it's actually a satellite weapon, but it unleashes the power of the sun, which has always been the PR line for nuclear weapons). This power is harnessed with a staff, which the Empress of the time decides must be disposed of, and so, using airtight logic, she drops it off a cliff. Now, the Xylvanians are back to their old tricks, a new conflict has begun, and the search for the staff is on.

Over the course of the game's six campaigns, you'll play through both conflicts as various nations, though the controls and most of the units stay the same. Tanks can kill buildings and infantry, but are vulnerable to rockets and helicopters. Helicopters can kill tanks, infantry, and buildings, but get squashed by antiair units and fighter jets. Fighter jets kill helicopters, but are otherwise mostly useless. Consequently, the balance isn't completely steady, and becomes even less so depending on which units you control.

To elaborate, in Battalion Wars an army may be made up of several jets, choppers, boats and infantry, but there's only ever one brain to go around, and that brain is you. You can jump into and out of any unit on the field, but whichever units you don't control are capable of only four notions: follow, wait, kill, and defend. There's no threat evaluation or sense of self-preservation, so your units will happily fire away at harmless foes while lethal ones completely cut through them.

Fortunately, issuing commands is a simple process of selecting a unit type with the directional pad, and then clicking on something for them to attack or defend. Your own movement is controlled with the Nunchuk's control stick. However, the only movement command is "follow," so you can never tell an outmatched platoon to retreat. You have to retreat yourself and tell the other units to follow you. With such weird limitations, figuring out how to play the game is a puzzle in and of itself, in spite of the simple control scheme. Usually, your best plan is simply to keep everyone together in a big group, while leaving any particularly vulnerable or necessary units back a ways. When your giant force has eliminated the unit type that threatens, say, your jets, you can call them in and annihilate everything else together.

As you might imagine, there isn't a whole lot of strategy. With the Wii's point-and-click control scheme, you can easily dispatch each unit type to attack whatever it will hurt most, but it's usually better and equally viable to tell everyone to just attack the same target. After all, with gunship choppers and artillery, you pretty much have your bases covered. Everything else is gravy, although only infantry can capture flags.

New in Battalion Wars 2 (but not new to the Advance Wars series) are naval units, which for the most part behave like tanks on the water. You have your standard battleship (essentially floating artillery), frigates (which kill air units and submarines), and submarines (only visible to frigates and subs), as well as dreadnoughts (better battleships) and transports (for transporting). The submarines can dive, which makes them invisible to battleships, but can then be spotted by frigates or other subs. Tactically, the sub's advantage is negated by any fleet with subs or frigates--in other words, every country's navy.

Although the same "Everyone shoots everything" strategy applies to the new naval battles, Battalion Wars 2 is superior to its predecessor in one important regard: The campaign is much more entertaining, due to its pace, structure, and difficulty. Instead of throwing you into one giant, overwhelming battle after another, most missions are broken into more manageable pieces. There are usually several small skirmishes leading up to one larger confrontation, with side missions and the occasional surprise. The overall game is easier, but given that there isn't a whole lot of room for skill, it's also less frustrating. We know "pacing" isn't the most exciting word, but between Battalion Wars 1 and 2, it's the difference between fun and boredom. This is essentially the same game as its predecessor, but because it feeds you action more thoughtfully, you'll happily play all the way through the six campaigns.

Once you finish there, you can go online and play either cooperatively or against friends and strangers. In the handful of cooperative missions, you and your comrade each have armies, with the important units divided between each. For instance, if you have antiair infantry, your partner will have antitank. As a result, you must watch one another's backs and work together. If you aren't feeling cooperative, you can take on a human opponent in assault or skirmish matches. Assault mimics a typical level, with one player attempting to complete a series of objectives before attacking a base, while the other defends, and then vice versa. On the other hand, skirmishes are simply deathmatches where you and your opponent kill one another until the time runs out. Whoever does the most damage wins.

The good news is that all of these games are easy to get into and were lag-free in our testing. The bad news is that you can't customize anything. Each map type has a handful of preset levels with preset unit loadouts, and services only two players at a time. Battalion Wars 2's online content is a good addition, but more options would make it better.

On the other hand, the presentation values are excellent. This game looks much, much better than its predecessor. The graphics are crisp and clear, the water looks wet, and the action unfolds without a hitch. Furthermore, the audio themes are so good you'll actually remember them after you stop playing, and the voice work is absolutely top notch.

Even though most of the original game's shortcomings are still present in Battalion Wars 2, this is a much better product thanks to improved graphics, good pacing, and a decent attempt at online play. Though it still doesn't match Advance Wars in terms of brains or brawn, this Wii soldier is worth sending into battle. 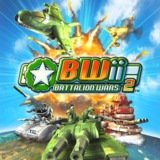 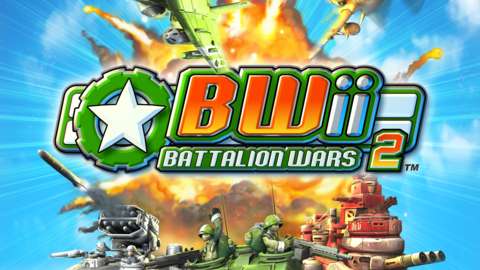 The world is at war again, with Batallion Wars returning for the Wii.