A fiendishly difficult, randomly generated dungeon crawler that at times can be an incredible work of interactive fiction, and at other times, a muddled mess.

Baroque is a hardcore dungeon crawler with a long history of US neglect. Originally released on the Sega Saturn in Japan roughly 10 years ago, it was remade on the PlayStation a year later, but neither version received a stateside release; it wasn't until it was remade yet again for the PlayStation 2 and Wii that it was finally brought over. Despite its apparent age, Baroque is a welcome breath of fresh air in a genre that has grown stagnant, and it brings a unique method of storytelling that, though flawed, will likely remain with you long after you have quit playing. That is, if you can find the patience to stick with it long enough.

In the not-so-distant future, a cataclysm known as the Blaze has annihilated the world, leaving behind a broken humanity that can exist only by clinging to their delusions, known as baroques. Some time after this, the player-named protagonist awakens without any of his memories and finds himself unable to speak, burdened by a powerful guilt for an unknown sin. He encounters a winged being called the Archangel, who tells him to head to the bottom of a bizarre tower where he can atone for his transgression and heal the world.

What follows is a sometimes-brilliant but severely flawed piece of interactive fiction wrapped up inside of a randomly generated dungeon crawler. The tightly wound story, once you begin to unravel it, is deeply personal and emotionally charged, but it takes a lot of patience, multiple play-throughs, and a fair amount of experimenting with the various characters you encounter to even begin to understand. This is because Baroque is intentionally vague and literally starts you off with no introduction to the weird world and its inhabitants, or any other relevant information. Certain story-related terms simply aren't explained through dialogue but must rather be looked up in the manual, and the game doesn't even attempt to convey the critical plot point of the guilt of committing an unknown sin; it is simply stated by the Archangel that your character feels this way, and you're meant to take that at face value. Although starting you off as a stranger in a strange land can be an effective way to pull you into a story, Baroque frequently flirts at the edge of taking it too far and alienating you entirely.

However, if you can stick with the vagaries presented, you will find a constantly shifting world of unending reincarnation. Death is not an end but a beginning, and with each death you are restored, minus any levels gained or items discovered. This may seem to be harsh punishment for failure and might break your desire to continue playing, but you'll discover that it is not without its purpose, and death ultimately proves to be necessary for the story to progress. Whenever you restart, you begin in the ruinous Overworld, a wasteland just outside of the tower. The inhabitants of this shantytown are a colorful lot that have all been twisted and physically warped by their baroques. They have their own wants and needs, which you will invariably learn and satisfy over time. Nevertheless, you will always end up back in the tower, where you must fight your way through hordes of former humans who couldn't handle their baroques and became monsters. Though you cannot exit the tower once you've entered (unless you die or successfully reach the bottom), you can transfer a handful of items to the Overworld, where they are picked up by one of the townspeople and safely stored for your next incarnation.

As you progress through the tower, you will find a wide assortment of items to help you in your journey. Some may be equipped, others will heal you, and still others will inflict damage or status ailments upon you. However, every single item can be thrown as a weapon, and thus the ones that would normally be harmful to you can actually prove to be useful. You can store only up to 20 different types of items on your person at any given time, so it becomes necessary to frequently evaluate your inventory and use or lose the dregs.

The ability to toss items is a great boon to the otherwise lackluster combat system, though it is worth mentioning that when using the Wii Remote and Nunchuk, the throw button's placement is somewhat awkwardly positioned. Although the handful of weapon types may feature different attack speeds or combo lengths, and you do have the ability to fuse them with items to produce different effects, combat essentially consists of equal parts running away to dodge attacks and mindless button mashing. You have no way to block or evade attacks, and though you technically have three types of attacks, only one of them is really effective. On top of that, Baroque's camera system, which is almost entirely manually controlled, is endlessly frustrating during battle. You have the ability to lock on to an enemy to make attacking it easier, but the camera doesn't rotate to face your target, and without coaxing it in the right direction, you might spend most of the fight staring at a wall or your character's face. To make things worse, on the Wii version, the button that you use to lock on to an enemy also doubles as the button used to reset the camera, but not when you're close enough to something that you can lock on to. Why not let it do both to drastically improve the shoddy camera?

Though this is a newly remade version of Baroque that features unique design styles for both characters and monsters, the graphics have remained woefully out of date. Textures are of low resolution and muddy, character animations are stiff and unnatural, and the visuals are nearly oversaturated with that scratchy filter popularized by Silent Hill 2 way back in 2001. Inside of the tower, there seem to be only a few types of floors that can be generated, and so everything for the most part looks and feels identical. When engaging with the townspeople, you will have the option of zooming in on their faces as part of a conversation camera, but this feature is entirely pointless because everyone is expressionless and almost doll-like in nature. This is extremely awkward, given that every line of dialogue is voiced, for better or worse, and it's almost laughable when you hear someone screaming in anger or anguish with a blank look on a completely emotionless face. Hit-or-miss voice acting aside, Baroque features a darkly ambient soundtrack that never gets old and always seems to fit every situation in which you might find yourself.

Baroque is an intriguing and satisfying game for fans of the hardcore dungeon-crawling genre or anyone looking for a compelling and many-faceted story. Despite some glaring shortcomings, it can become quite addictive to unravel the mysteries of the world and unlock all of the story cutscenes. If you find yourself with plenty of time and patience, then Baroque just may be the fix you're looking for. 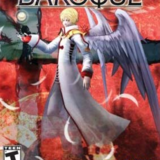 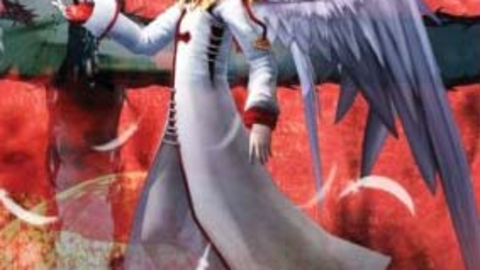 Descend into elaborate dungeons and battle innumerable foes in this RPG.