Atelier Iris 2 carries the same great style and humor of its predecessor, but the tedious quest design spoils some of the fun.

It's easy to be nostalgic when playing Atelier Iris 2: The Azoth of Destiny, because at first glance it could be mistaken for a PlayStation game. The game plays by the rules established more than 10 years ago for Japanese role-playing games, which makes it sort of an anachronism in today's world of video games. But while it's certainly no Oblivion or Final Fantasy, Atelier Iris 2 is a charming and mostly fun adventure that will have you recalling your favorite classic role-playing games. And for that reason alone, it's a good game.

Taking place a long time before the events in the previous game, Atelier Iris 2 follows the story of not one, but two young orphans who live in the peaceful world of Eden. Felt and Viese are their names, and they are studying to become alchemists. One day Eden is shaken by tremendous earthquakes and much of the world simply disappears. Felt, being the more adventurous of the two orphans, grabs a talking sword known as the Azure Azoth and charges through a magic gate to the world of Belkhyde, which he's told holds the key to saving Eden. Viese decides to stay at home and put her alchemy skills to use by making items for Felt to use on his journey. These items are passed between the two separate worlds by a share ring, which lets both of the heroes access all of the items in the inventory.

Most of the time is spent controlling Felt and the ragtag band of adventurers that he picks up along the way. However, you'll often have to switch over to controlling Viese so you can whip up key items that are required to complete quests. It's an interesting concept to have two heroes in two worlds, but it isn't used very well here. Instead, it's just another tedious contrivance that results in too many frustrating and unrewarding fetch quests. The way it works is that you play as Felt until you encounter some obstacles that require a specific item to surpass. You have to first find the recipe for the key item, and then switch to Viese to find out exactly which ingredients you need to make the item. If you have all the ingredients, you can simply whip up the item, switch back to Felt, and continue your journey. But, more often than not, you won't have all the right ingredients, so you'll have to find a store that sells what you need, or you'll have to switch back to Felt and go search the world for one or two very specific ingredients.

Worst of all, once you jump through all those hoops, the reward is usually very minimal, and then it's on to the next convoluted fetch quest. It doesn't help matters when seemingly every non-player character you encounter demands that you offer some random and hard- to-come-by item in exchange for his or her help. You'd think that people would want to help you out since you're trying to save the world and all, but instead they'd rather have five berries from some plant that only grows in a cave that has collapsed and can only be opened with a bomb that you have to get the recipe for from some guy who lives on top of a mountain and won't speak to you unless you bring five feathers from a bird that lives on the other side of the world and…well, you get the point.

As tedious as the quests are, the story is still fairly enjoyable because the characters are all so likable. The dialogue is light and often silly, but most of the time it seems relatively natural and lends a lot of personality to each character. It also helps that the voices are all fairly well done and the sprites, character portraits, and environments are all varied and colorfully detailed. In fact, the only flaw with the look of the game is that most of the enemy sprites are recycled from the first game.

The battle system in Atelier Iris 2 is simple, but at least it moves quickly and is easy to pick up. As you move in a dungeon or other hazardous area, a meter on the left side of the screen will turn from blue to red. As the color gets closer to red you are more likely to get drawn into a random encounter. In an interesting twist, each area has a set number of encounters, which is also shown by the onscreen gauge. When the gauge is empty, there are no more random encounters in that area and you can walk about freely without having to deal with any enemies. You can reset the gauge by leaving the area and coming back, so you can still revisit areas to level your characters.

The battles themselves play out according to an Active Cost Time system, which supposedly isn't turn-based, but it might as well be. Characters take turns based on the order they appear on the Active Cost Time Battle gauge at the top of the screen. As time passes, the character icons move from left to right on the gauge, and when one character's icon reaches the end of the gauge, he or she can perform an action. You can manipulate the gauge by using break attacks, which interrupt your enemies and knock them back on the gauge. If you knock them back far enough, they'll be dazed and you can go to town on them. Using these break attacks makes it pretty easy to prevent an enemy from ever getting a turn, which saps a lot of the challenge out of the battles. To compensate, enemies often have tons of hit points or special resistances, but that doesn't make the battles tougher, it just makes them longer.

In addition to break attacks and normal attacks, you can use skills. As you inflict or receive damage, a skill gauge will fill up at the top of the screen. Each skill takes a certain number of charges to pull off, and the entire party shares one gauge. It's nice to not have to worry about magic points, but the skill gauge feels too limiting, especially since most of the skills aren't especially useful.

Beyond battle, the game revolves around collecting items and elements and mixing them all up to create other items. You can extract elements from various objects you encounter in towns or dungeons, and you can also harvest various natural items such as ore or plants, which are required for certain recipes. The item-synthesis process is much simpler here than in the previous game. You simply have to follow the recipe and you're done. The magical creatures known as mana are still involved, but you don't have to worry about keeping them happy like in the previous game. There are still hundreds of items to find and create, although you'll never have a need for the vast majority of them.

Atelier Iris 2 can take 30 hours or more to complete if you go out of your way to collect all the items and recipes, but it isn't especially lengthy for a role-playing game. The battles are easy but fun and quick, and the game is only dragged down by the trite and frustrating quest design. However, it's at least somewhat redeemed by a great cast of characters and an ample dose of good-natured humor. It isn't better than the first Atelier Iris, but fans of classic Japanese role-playing games should still give this one a look. 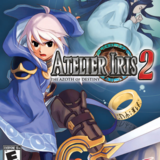 Atelier Iris 2: The Azoth of Destiny
Follow
$29.99 on Walmart
Buy 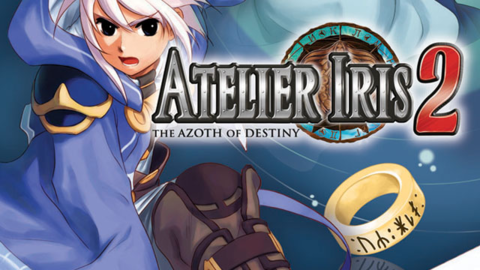 Atelier Iris 2: The Azoth of Destiny

Atelier Iris 2: The Azoth of Destiny is the sequel to the role-playing game from Gust and Nippon Ichi.

8.2
Sign In to rate Atelier Iris 2: The Azoth of Destiny

Everyone 10+
Fantasy Violence, Mild Language, Mild Suggestive Themes, Use of Alcohol and Tobacco