Ashes of the Singularity Review

At times, I can't help but marvel at Ashes of the Singularity. Watching a battlefield gradually pack in thousands of hover-tanks and carriers as supply lines stretch and groan to support massive war efforts is intoxicating. There's a wonderment here that begs you to grasp at what commanding a continent-spanning conflict might feel like. At that scale, the subtle movements of fighter squadrons and the flashes of canon fire yield to larger vistas, and you can feel the game's pulse as wave after wave of enemies cascade across your screen. Impressive though it may be, peeling away the lustrous exterior reveals that Ashes of the Singularity is a surprisingly hollow game, with few novel ideas to support its scale.

It plays like many of its peers: you build out a base, collect resources, and engage in combat. It's a basic framework that underpins everything from Starcraft to Rise of Nations. The core problem is there is little to appreciate beyond how busy Ashes of the Singularity's battles become. When it comes to forming a strategy, there are few opportunities to develop nuanced tactics.

You have three main resources to manage--metal, radiactives, and turinium. The first two are for constructing ships, but if you collect enough turinium you win the game. Because turinium is necessary for victory, Ashes of the Singularity encourages hapless and aggressive rushing. Your starting area will only have a couple resource nodes, and you can't stockpile resources as you can in most other strategy games. So, playing cautiously isn't an option. You have to expand--and fast.

This exacerbates some of Ashes of the Singularity's other problems. As I churned out endless streams of robotic warriors, I noticed that they all looked similar, especially when I pulled the camera all the way out and the battlefield melted together in the mélange of war machines. Pressing to gain more and more ground kept me from developing any familiarity with my units, which is unfortunate given you only have about a dozen unique types to work with. Each frigate looks indistinguishable from the last, making it hard to keep track of which units you have and which ones you still need.

With the exception of modest changes in elevation, there aren't many features that lend themselves to strategic use.

Maps are consistently dry and lack character. With the exception of modest changes in elevation, there aren't many features that lend themselves to strategic use. There are no towering mountains to hide your forces during an ambush, no rare or unique resources to exploit, nor any obstacles to slow down foes. Every unit and building works the same regardless of placement on the map, and as you build out a network of resource nodes, you'll see the same desolate brown textures again and again.

You have the ability to organize your legions into "armies," which are supposed to be super-charged control groups. And this works, but only to a point. Forming armies reduced the need to constantly micromanage units, allowing me to focus on the larger plan: pinching off enemy supplies, flanking with the brutality of my dreadnoughts, and dropping strategic weapons of mass destruction. But Ashes of the Singularity still left me with scant few options to conduct my campaign.

It's hard not to draw comparisons to earlier massive-scope strategy games, namely Supreme Commander. The parallels between the two run deep and cover everything from their approach to resource collection to their emphasis on massive battles. But, despite being a decade old, Supreme Commander still wears the crown. Rather than rest on the spectacle of massive battles alone, it crucially wove finer pieces into its formula to make those bouts interesting.

There is one-note to this song, and, while beautiful in its own right, Ashes of the singularity is ultimately shallow.

Ashes of the Singularity doesn't have these flourishes; what you see is what you get. There is one-note to this song, and, while beautiful in its own right, is ultimately shallow. It's a wonder to see in action, but tedious to play. Scale should be a canvas for battles, not a replacement for a deep set of tools. Instead of providing an intricate network of systems to work with, Ashes of the Singularity cuts itself down, leaving only the most basic elements of the genre intact. You have a handful of units, three resources, and a basic goal. At no point can you leverage anything beyond those basic pieces in a meaningful way. Without more resources, nuanced mechanics, or a charming aesthetic to help carry the experience, Ashes of the Singularity struggles to hold your attention.

As it stands, Ashes of the Singularity feels like little more than a tech demo of Stardock's new Oxide engine. At best, it demonstrates the power of multicore optimization and DirectX 12, being the latest game to push the limits of computing to render a massive number of moving parts in a burgeoning war machine. Even so, the game comes off as half-finished. There is a decent foundation, but Ashes fails to build on it in a satisfying way. 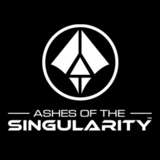 Daniel Starkey is still on the search for the perfect RTS. For the purposes of this review he played through the campaign and dipped into some skirmishes before dusting of his old Supreme Commander disc and replaying one of his favorites. 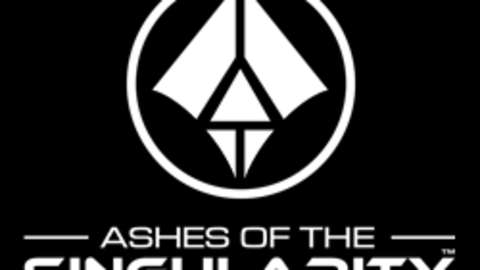 Ashes of the Singularity

Humanity long ago shed its mortal skin and developed into beings of pure consciousness. But the Singularity is a thing of the past and the very future of human existence is being threatened. Though the post-humans wield godlike power, they find themselves at war for domination of not just the Milky Way but all galaxies with Haalee, the sentient AI, who is bent on saving the universe from post-human predation.