It's dangerous to go alone.

Telling a story of the cyclical nature of light and dark and possessing both stamina-focused combat and larger-than-life bosses, Ashen is easy to compare to From Software's Dark Souls. However, Ashen establishes its own identity by delivering an experience that focuses on creating a sense of community and trust with those you meet. The weapon system can occasionally take away from some of the more strategic elements of the game's combat when playing solo, but Ashen still delivers an incredible adventure, regardless if you play by yourself or with others.

In Ashen, you start as a nameless nobody listening to the origin of your world, its three races, and how everything became blanketed in darkness after the disappearance of the Ashen--a god-like figure of immense power. When a sudden explosion briefly brings light back to the land, allowing everyone to see clearly for the first time in years, it sparks a search for the Ashen in hopes its return will push the last vestiges of darkness away. Leading the charge, you take over a bandit camp and transform it into an outpost called Vagrant's Rest. From there, you set out into the world in search of people to join your new home, as well as a means of finding the Ashen.

Your journey takes you from one fast travel point to the next within an interconnected series of open environments, and you'll find a diverse assortment of enemies along the way. Caverns and dilapidated castles entice you to explore off the beaten path and enjoy lengthy expeditions for hidden weapons, armor, and treasure. You'll need to sprint and jump your way through most of it at the start, but Ashen's controls are fairly tight and ledge grabs ensure you safely recover most of the time. It never feels like you're unfairly leaping to your death over and over again, and unlocking a fun new navigational ability halfway through the game will see you returning to old locales to search for secrets you couldn't leap to before.

There are very few options for long-range combat in Ashen so for the most part, you're in the thick of things with your opponents and trying to out maneuver each other. Attacking, defending, and dodging all use different amounts of stamina, and carefully managing how much you have left is key to survival. If you've played a good Souls-like game before, Ashen works exactly as you would expect. The controls produce a methodical approach to combat that's enjoyable to just lose yourself in.

On your travels, you'll recruit characters and send them back to Vagrant's Rest to set up shop, where you can interact with them again for side quests and special items. Most will even join you on your adventure whenever you exit camp, aiding you in combat and reviving you if you happen to fall. They can also help with exploration, too, as dungeon doors require two people to open and some ledges can only be reached if a team boosts each other up. As more people join Vagrant's Rest and you complete more quests for them, your settlement will grow. Roads are paved, structures are built, and the community becomes a thriving town. You can't manage how Vagrant's Rest grows, unfortunately, but there are fun little nods to the quests you undergo. Vorsa wears an outfit composed of the pelts from the animals you hunted for her, for example, and Eila constructs a dock so you can ride down the nearby river in a barrel--an activity she speaks of when you first meet her. In a game where enemies are constantly respawning, it's incredibly fulfilling to see your hard work actually having a permanent impact on your corner of the world.

You can forge relationships with other players, too. If you play Ashen online, you enter a shared world where you can encounter people. Other players will appear as the NPCs you've recruited to Vagrant's Rest, and whether or not you choose to interact with them is up to you. With no voice chat, actions define a person's character, and this can form powerful bonds that last for the entire game. For example, seeing a player-controlled Jokell silently step in front of my character and take a spear to the chest when I had a sliver of health has, for me, left a long-standing positive impression for the pipe-smoking explorer. I brought a computer-controlled Jokell along with me every chance I had after that, cheering for him when he did something incredible and dropping everything to revive him when he fell. It's a rather simple example of transference at work when all is said and done, but it's remarkably effective at creating trust (and I imagine distrust in some cases) with the characters you meet.

If working with others isn't really your thing, you can play offline with NPCs or use an early game item that allows you to play completely solo. It certainly ups Ashen's difficulty to play without others and it creates a more traditional Souls-like experience. However, the greater challenge of playing completely by yourself isn't worth losing out on the misadventures you find yourself in when traveling with another character. Even if you play offline with computer-controlled characters, you'll still form bonds with a one or two of them, and that improves Ashen's entire experience. If you really want that greater challenge, there's a mode that lowers your max health and stamina, which is a much better way of making the game harder.

There is one unfortunate wrinkle that becomes apparent when playing with computer-controlled characters, however, and it has to do with Ashen's weapons. Weapons can be one of three types--axe, club/hammer, or spear--but tools from the same class can attack very differently. Some axes use a leaping vertical slam animation that allow you to get the jump on your enemy before they react, while others have a horizontal slash that can more easily hit multiple targets, for example. This adds additional levels of battle strategy other than simply picking whatever in your inventory is strongest. Problems arise when you're playing with NPCs though, as you're unable to choose which weapon a computer-controlled character brings into battle. Pretty much every enemy in Ashen can be tackled with whatever weapon you want, but there are a few locations and one boss battle where a weapon's animation speed has a pretty substantial effect on you and your partner's chances of survival. Not having the choice to pick your partner's weapon introduces an unfortunate element of luck into some battles that should be entirely based on skill. It rarely happens, but it's noticeable when it does.

Despite how you play, boss battles are where most of your deaths are probably going to come from, as each are five- to 15-minute affairs that push you to constantly adapt on the fly. No two bosses behave the same way, and many have a gimmick that can transform the fight. For example, one of the mid-game bosses is a staff-wielding giant woman who uses her magical lantern to deliver devastatingly powerful area-of-effect attacks and buff her health. If you put some distance between the two of you, you can bait her into throwing her lantern at you in frustration and then destroy it. Doing so allows you to carve out larger chunks of her health, but she goes into a violent frenzy and starts attacking you differently once her precious lantern is destroyed. It's up to you whether or not you destroy the lantern, and when you'll do it if you decide to do so.

In some cases, like this example, finding a boss' gimmick makes the battle much easier, but it can also just change how it plays out--which is a wonderful thing for any fight you're struggling with. Instead of feeling like you need to implement the same strategy over and over against every boss and just do it better, you're occasionally rewarded for experimenting and trying something new. It helps dull any frustration that might arise from repeatedly losing to the same foe, too.

Ashen does more than enough to differentiate it from other Souls-like games. Although its combat utilizes the same stamina-focused mechanics, the inclusion of features that promote a sense of community with the game's characters makes for a wholly different experience. It's frustrating to spawn and see that your computer-controlled partner has a weapon that doesn't complement the one you're using. However, even when playing with NPCs, your allies' efforts to assist you in battle cause you to care about the fates of the colorful cast of people you meet on your journey. The relationships you forge define your adventure through Ashen, and helping your new friends is a powerful motivator that drives you forward through the game's beautiful world.

View Comments (86)
Back To Top
9
Superb
About GameSpot Reviews 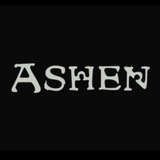 A fan of both Dark Souls and Journey, Jordan never expected to play something that expertly combines the tone and mechanics of the two. He spent just over 21 hours in Ashen's world and is excited to jump back into it again to be a guide for new players. He played on PC with a code provided for the purposes of this review.