Arthur and the Invisibles Review

Because of its high production values, fans of the movie may enjoy this movie tie-in, but the epic scope of the adventure is hampered by the unoriginal gameplay.

Luc Besson's pastiche Arthur and the Invisibles purees Arthurian legend, Tolkien fantasy, pop culture, and other iconic staples of our society to deliver a sickly sweet cocktail that easily lends itself wonderfully to the video game format. And in much the same way that the film's story borrows liberally from canonical fantasy and pop-culture fads, the gameplay mechanics heavily sample notable franchises, such as Prince of Persia and Tomb Raider, as well as other action adventure games. You also might notice a few Panzer Dragoon similarities, and maybe even Micro Machines a bit. This is all to say that the sampling is broad, and the list is long. With a story that parallels the film and game mechanics that mimic elements of many other games, there isn't anything that's particularly original here. But the gameplay is functional (if thoroughly uninspired), and the top-notch presentation makes it worth checking out if you enjoyed the film.

The story follows that of the film, so you'll guide Arthur, a British child from Connecticut, and his band of royal siblings, Selenia and Betameche, from the Minimoy village to Necropolis as they attempt to save his grandma's house from foreclosure and to save the microscopic civilization residing in his backyard from the evil henchmen living in his basement. From the outset, you'll have control of all three characters, and each has a special talent that will be necessary for the game's adventuring elements. Arthur, the wide-eyed and bushy-haired protagonist, is the acrobat of the group; he'll be the one shimmying along wall outcroppings and swinging on paperclip rings. Selenia, the disturbingly alluring warrior maiden, wields a blade and is the only one capable of hacking through the pervasive brambles blocking the team's path. Betameche, the irritating troll doll look-alike, uses his diminutive size to squeeze through tight crevices and his "multifunction" knife to charm snails. The emphasis is placed on adventuring, though there is still a fair amount of action. Combat consists of a basic melee attack, a charge attack, and a primitive combo, though the basic attack is nearly always sufficient. You'll also pick up a few (arguably) beneficial skills along the way to improve upon each character's abilities.

The action adventure elements that are common in both Arthur and the Invisibles and Prince of Persia make it difficult not to draw comparisons between the two. In the adventuring spectrum, Arthur and the Prince are in many ways quite similar. For example, both sport mostly awesome hairdos. However, equivalence in quality ends there. The Prince, being the aerial wunderkind that he is, relies on precise timing to navigate traps and a slew of abilities to traverse complex routes. Arthur, on the other hand, will be doing some pretty straightforward shimmying to get from point A to point B. Other environmental puzzles require a lot of backtracking, as well as mindless block pushing and bramble slashing, which all offer a similarly low level of complexity. So whereas negotiating the Prince's environments requires a respectable level of thought, the puzzles and obstacles Arthur and his crew must overcome are extremely simple and quickly become more tedious than anything else. The one wrinkle in this game is the necessity for all three characters to participate in a puzzle, but even then, it is quite obvious which character is needed for what purpose.

As for combat, the Prince and Arthur both bounce around nimbly. But the Prince is far flashier, and his moves pack a more visceral punch than the child-hero's, which is to say nothing of Selenia and Betameche, who have very standard button-mashing attacks. You'll probably end up favoring Selenia when it comes time to fight because she's capable of inflicting the most damage. Combat is especially disappointing in the later stages of the game because many of the combat sequences are quite difficult--but mostly for the wrong reason. Combat doesn't involve devising complex or out-of-the-box strategies to overcome the henchmen hoards; instead, it remains a button-mashing ordeal. An overabundance of bottomless chasms that enemies love to loiter near and knock you into also means you'll be plummeting to your doom far more often than would normally be considered entertaining. This situation is aggravated by occasionally wonky physics that cause you to lose forward momentum while jumping--typically over a very large pit.

The silver lining behind the blasé gameplay in Arthur and the Invisibles is a really great presentation. Most likely benefiting from the prebuilt set models from the movie, the environments you'll run through are extremely well detailed, pleasing to look at, and quite imaginative in some cases. The character models of your primary troupe also show a lot of detail. On the technical side, some of the smoke and other particle effects are at a higher level you don't expect to see in a PlayStation 2 game. Likewise, the PC version offers equally solid graphics, adding perhaps a bit more definition to the character models and giving the game as a whole a slightly cleaner, crisper look. However, an occasional hitching of the graphics in particularly particle-dense areas, the aforementioned stuttering physics, and a relatively short draw distance on fauna and other similar ground objects slightly mar this achievement. One neat outcome of matching up the game's storyline exactly to the movie is that cutscenes have been directly ported into the game. Most of the time, this is seamless and works really well. But it is a bit odd when Selenia flips from Madonna's very distinctive voice to the actor they hired for the game.

Speaking of Madonna, the movie production landed an impressive cast of actors and singers to provide the voice work. Sadly, none of them signed on for the game, which isn't much of a shocker in Madonna or David Bowie's case. But Snoop, where you at? Despite that, the voice acting is quite good, and the entire game is fully voiced, though the actors do suffer from the same speedy delivery that characterized the film's voice work. Because this was originally a French film, some of the dialogue might also sound unusual to native English speakers; for instance, the X button (to continue) is referred to as the "validation" button. However, this is more of a quirk than a knock.

Arthur and the Invisibles is reasonably long, which is kind of nice because it doesn't skimp much on the storyline of the movie. However, because the gameplay is so shallow, you'll probably wish you could just skip ahead through a couple of stretches...and, oddly enough, you can. For whatever reason, the designers decided to let you jump to any of the game's 12 chapters right from the get-go. So, do you think the Minimoy village is lame? Well, why not just skip to Necropolis, the notorious den of evil residing in your basement? The drawback here is that jumping ahead means you'll miss out on unlocking much of the bonus content. If you're a fan of the movie, there is a significant amount of bonus content that you might actually care to work for, which mostly involves collecting rune cards and freeing mul-muls. A few of the extras include concept sketches and a behind-the-scenes look at set creation hosted by Luc Besson.

Arthur and the Invisibles seems perfectly content to offer an entirely derivative gameplay experience, but the game dishes out a heavy helping of content that includes the ample storyline and the DVD-quality bonus features. The mostly stellar presentation also means you'll probably be more willing to put up with the game's shortcomings if you enjoyed the film. 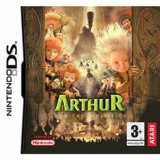 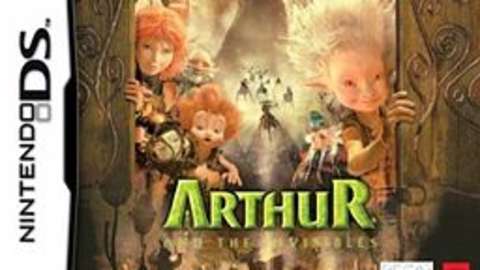 Arthur and the Invisibles

The game Arthur and the Invisibles is based on the film of the same name, and has you utilizing the skills of a trio of unique characters to solve puzzles and succeed in combat.