This stand-alone expansion improves upon the original in almost every way.

Although 2009's Arma II set a high standard for the all-purpose military simulator, its buggy single-player campaign held it back from achieving its full potential. In contrast, Arma II: Operation Arrowhead, its stand-alone expansion, boasts all the beauty, realism, and action of the original and none of the game-breaking bugs. Improving upon its predecessor in almost every way, Arrowhead introduces a new setting, new weapons, and new adventures to a great military sandbox.

Much like its predecessor, the primary selling point of Operation Arrowhead is its setting, which swaps the thick forests of Chernarus in favor of the vast mountain ranges, boundless steppes, and parched deserts of the fictitious Central Asian country of Takistan. Both the natural landscapes and the various human settlements, including the teeming capital city of Zargabad that notably boasts a gorgeous Persian-style mosque decorated with mosaic tiles, are characterized by meticulous attention to detail that reveals the story of the place. For instance, the mountains are filled with quaint, well-worn trails, while outside the prayer room of the mosque, you'll find the shoes of the worshippers within. However, the tranquil beauty of Takistan hides a nation in turmoil. The Saddam Hussein-esque Colonel Aziz (who has a penchant for gaudy artwork and carries a golden gun) and his military junta have launched an invasion of their oil-rich neighbors in Karzeghistan. Not amused by Aziz's tomfoolery, the United States has vowed to overthrow the adventurous junta and has sent in the military to do the job. You take on the role of several different US soldiers during the course of the campaign, whose combined efforts will ultimately lead you to victory. Along the way, you'll encounter Takistani military forces operating T-34 tanks and other aging Russian military hardware; hostile, pro-government militias; UN peacekeepers; and antigovernment rebels who will join your cause.

While Arrowhead's campaign can't match the play time, freedom, and decision-making possibilities in Arma II, it surpasses the original by providing a refined, bug-free experience. And, although it loses a bit of the historical backstory of Arma II, Arrowhead makes up for it by leaving out the boring exposition and dropping you straight into the action. Right from the beginning, you'll be occupied with a diverse array of missions and objectives. For example, in one mission, you get to capture a mine with the aid of a friendly militia, search for missing hostages, find and disarm a bomb (using a code with exotic Takistani numerals), transfer control of the mine to the United Nations, and, finally, man a dilapidated Soviet antiaircraft battery to stop enemy MiGs from bombing a rebel village. Other missions range from classic, brutally difficult Arma infantry combat to sequences where you command infantry fighting vehicles, armored personnel carriers, tanks, and helicopters.

In contrast to the punishing realism of even the easiest difficulty levels in Arma II, Arrowhead offers a more approachable point of entry for new players, with its easier "regular" difficulty (veteran and expert difficulties are as hard as ever) and thorough tutorials. However, if you're a newbie, the coddling ends quickly because unlike in Arma II, where you spend several missions as a grunt, Arrowhead puts you in command of a mechanized squad in the second mission. Even after playing the tutorials, it can be hard to remember all the controls, and nothing is more frustrating than accidentally ordering your platoon to exit its vehicles in the midst of a tank battle. Thankfully, with time and practice, you'll improve your leadership skills, but even great tutorials and diligent attempts to practice will turn only a select few players into master helicopter pilots. It's difficult to stay airborne for more than a limited time before crashing unceremoniously into a minaret. Mercifully, you don't have to complete the campaign's helicopter mission to continue. Even after failing, in the next mission, you get the option to rescue the pilot, who apparently survived a 200mph collision with an unfortunate mountain goat or whatever gruesome end you inevitably caused him to suffer.

You'll find an abundance of novel weapons, vehicles, and equipment throughout the game, which provide exciting new ways to liberate (or terrorize) Takistan. These include World War II-era relics, such as Soviet T-34 tanks and British Lee Enfield bolt-action rifles, as well as modern, cutting-edge toys like unmanned aerial vehicles and thermal weapon sights. These are particularly awesome because they use infrared radiation to help you identify potential threats, such as vehicles, human beings, and rabbits. Since pro-US militiamen give off the same amount of heat as Takistani soldiers, it is ill advised to shoot at every human-shaped target you stumble across using this tool.

If you don't get your fill of gadgets and guns in the campaign, every weapon, vehicle, item, and character is available in both the editor and the armory. And, if you have Arma II as well, its content is also available. In the editor, your opportunities for mayhem are infinite, ranging from detailed scenarios with objectives and triggers for the experts to simple skirmishes that are quickly concocted by laymen. Meanwhile, Arrowhead's armory offers up challenges to test your skill with the new equipment, vehicles, and characters. Although putting Eurowoman1 through an obstacle course or trying to set speed records in a T-34 can be mildly amusing, these diversions don't have the editor's lasting appeal.

Stand-alone single-player missions are another highlight in Arrowhead. One of the most exhilarating missions puts you in command of a sniper team charged with eliminating a high-ranking Takistani officer while he visits a military base. With only 10 minutes before his arrival by helicopter, you have to cover a kilometer's distance, sneak past enemy patrols, identify the target (hint: the man everyone salutes) using only thermal sights as a guide, "neutralize" him, and escape. With several varied operations to choose from, these missions even further extend the single-player experience.

Although Arrowhead inherits a few annoyances from the original, even those are much improved. Most notably, the artificial intelligence still has some driving issues and can cause traffic jams and bizarre wrecks, but AI drivers are now much more conscientious about flattening friendlies. This is a major improvement over Arma II, in which it wasn't uncommon to be run over by an allied tank that would brake for a clutch of chickens but not for you. Arma's characteristic arrested, monotone chatter returns in Arrowhead, but it sounds a bit more natural this time. Anyway, how can you be angry at your stuttering ally for warning you about that "tank…T72…at…3 o'clock…50 meters?"

Multiplayer in Arrowhead can be great fun, but little has changed here from Arma II. Whether you are playing a cooperative scenario, engaging in conventional deathmatches, or playing the real-time-strategy-reminiscent warfare mode, hopping into a random Internet game is like being plunged into an unpredictable maelstrom. Some servers feature crazy original scenarios with unclear objectives, some are role-playing servers where you are apparently just supposed to explore the level and will be kicked if you kill someone, and some still are cooperative matches populated by uncooperative people too busy scurrying about the map without any discernable purpose to bother communicating with you. However, when you actually get a group together that halfway knows what it's doing and coordinates via voice chat, then you are in for an exceptional experience. Thus, as with its predecessor, Arrowhead's multiplayer is perfect for clans, organized matches, and LAN parties.

Arma II: Operation Arrowhead is an excellent expansion. It provides an abundance of new content, including at least 15 hours of gameplay before you even touch the editor or enter a multiplayer match, a beautiful new Central Asian setting, and a respectable number of new factions and armaments. Additionally, it fixes some significant flaws from the previous game, most importantly by avoiding the infuriating bugs that marred Arma II's single-player campaign. In short, it achieves almost everything that an expansion should and marks a new high point in a steadily improving franchise. 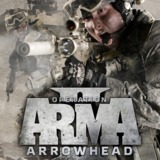 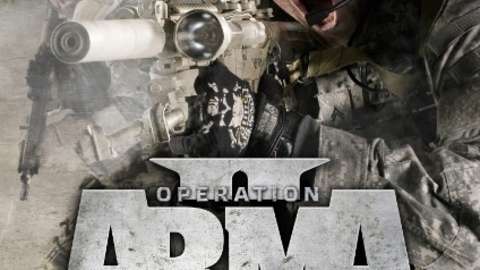 Arma 2 Operation Arrowhead is the stand-alone expansion pack to Arma 2.