This title walks the line between the combat and puzzles genres very delicately, and most adventurers will find the game maintains an enjoyable balance throughout.

It's been a long time since the release of Westwood's Lands of Lore, but most gamers will recognize its obvious influence on the design of Anvil of Dawn, New World Computing's beginner-level RPG. Even so, originality isn't everything, and the company has done a commendable job of combining solid graphics and animation with the successful play style of Westwood's classic.

Players start the game by choosing one of five characters, each with their own special gifts in qualities including strength, agility, and magic use. Once their identity is sorted out, players will use the game's pleasingly simple first person, turn-based interface to move through Tempest, a war torn world that (as usual) requires a hero (or heroine—and I commend New World for their inclusion of two female player characters) to sort things out. As the game progresses, characters will face dozens of enemies, all of them unique, not the typical Tolkienesque denizens of most RPGs. Weapons range from commonplace items such as spears, bows, axes and swords to magical armament that enables players to stand up against some of the game's more powerful opponents. Twenty-five spells are also available in seven different disciplines (Earth, Wind, Fire, Water, Lightning, Flesh, and Void) for characters wily enough to learn them. This title walks the line between the combat and puzzles genres very delicately, and most adventurers will find the game maintains an enjoyable balance throughout.

There's no doubt that Anvil of Dawn reformulates something that's been done before, but in the end, it's a pretty good rehash. The game's entertaining storyline, easy-to-understand statistics, and functional game balance earn it a place on any beginning RPG fan's shelf. On the flip side, those who are looking for an RPG with depth of play and characters that can be highly personalized will probably walk away from this title disappointed. 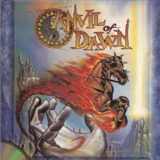 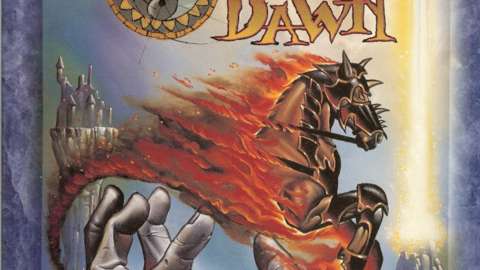 This title walks the line between the combat and puzzles genres very delicately, and most adventurers will find the game maintains an enjoyable balance throughout.