With so many tower defense games flooding the market, the fact that the first two Anomaly games aimed for something wildly different made them far more exciting to dig into. In both of those games you played the role of the attackers, controlling a free-roaming human commander who laid power-ups and issued commands for your rolling armored convoy to obey as it snaked its way through the alien-infested battlefield. It offered brilliant little twists to spice up a genre that has grown stale. For all its sci-fi splendor and pulse-pounding challenge, Anomaly Defenders marks a big step backward from the innovation that made its predecessors so memorable. That's not quite enough to ruin the experience altogether, but it does wind down the series on a weak note.

Defenders takes the ongoing conflict to the alien homeworld, where the human forces are launching a massive counterattack. That means your role in battle is flip-flopped, however, placing you in the metallic skin of the aliens as you make a frantic attempt to hold back the human assault so your escape pods can launch to safety. The story-driven character interactions and surprises that drove the narrative between missions in the previous games have been stripped out, leaving a 24-mission campaign that plays more like a series of stand-alone war puzzles than the cohesive plot-centric encounters we've seen before. Changing things up yet again might have been a welcome move, if the shift didn't push the series into predictable territory.

As it turns out, being on the defensive in this new chapter of the human-alien war is a lot less interesting once you've had a taste of the series' alternative approach to the genre. Plunking down a variety of upgradable alien towers and turrets, you must defend your base's launchpad from the waves of well-armed human convoys that roll in to wreak havoc. Defensive towers can be plugged into pre-laid nodes littered around each map, and you often have to juggle attacks from different directions. Meanwhile, you rely on resource harvesters to amass funds to bolster your forces and to lure enemies to specific areas of the map.

I'll admit that there's a certain thrill that comes from going hands-on with the sweet alien tech that obliterated your human forces in the previous games. Watching the devastating power of the behemoth in action is a treat, and the laser-spewing scorchers are equally satisfying additions to your arsenal. Unfortunately, much of this excitement fades as it becomes clear that Defenders' gameplay largely embraces many of the classic tower defense genre traditions that the series first sought to push away from. Despite the return to the status quo, it does put a few neat ideas into play that keep this final encounter from being a total disappointment.

The puzzle-like stage designs feature lots of branching pathways for enemy convoys to use, and they're often drawn toward your harvesters. This makes the strategic deployment of both your defensive towers and your resource-gathering bunkers a huge component of Defenders' gameplay. It's not just about dropping towers willy-nilly and upgrading them until they shred the oncoming parade of tanks, robots, and fighters.

Rerouting enemy forces into your thickest defense groupings whenever possible is as important as varying your strategy to account for dynamic shifts on the battlefield. You have finite resources and lots of fluctuating variables to consider at any given moment in battle. Some stages drop meteors on your head or unleash lighting strikes that temporarily jam your towers. Other areas send foes marching from multiple directions at the same time or involve bombing runs that don't follow the map's network of roadways. Which units you use, how and when you upgrade them, and where you place them can make a huge difference in whether you win a match or get crushed.

Tower abilities also play a critical role in every match. Defenders sports a robust tech tree with unlockable units and abilities you can put in play, and the latter in particular add another welcome layer of depth to battlefield strategizing. Defeated foes drop energy points that can be amassed and spent at any moment to trigger any of your towers to use specific support abilities you've unlocked on the tech tree. Simple things like shielding and repairs help prolong your units' life spans when under fire, but other cool effects, such as EMP blasts that disable enemy shields, sniper shots that boost your firing range, and self-destruct sequences, round out your tactical options.

Some of the game's more important nuances, like the distinct advantages of using specific towers against certain enemy types, easily get lost in the chaos. There's often so much going on at any given moment that absorbing the bombardment of info about which enemies are approaching and how to best thwart their attacks with the limited resources you can lay down is a dizzying task. The ability to pause the battle to zoom in and queue up tower placement and upgrades is certainly helpful, but it doesn't fully stave off the overwhelming deluge that strikes in the heat of battle.

Even with its few unique facets and puzzle-like focus, Defenders' bursts of stress-tinged fun stretch only so far. Remove the offensive hook of playing as the human commander in the two previous Anomaly games, and you're left with a serviceable tower defense game that doesn't shine as brightly as it predecessors. Earlier Anomaly games proved that a little innovation can go a long way, but you just don't see as much of that approach in action here, which results in an underwhelming and familiar return to the norm. 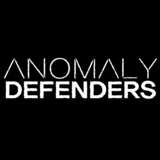 After playing through both previous games as the humans, Nathan was intrigued to hop to the other side of the fence in Defenders. Plowing through this far-less-interesting alien campaign in only a handful of hours, however, felt like it took eons. 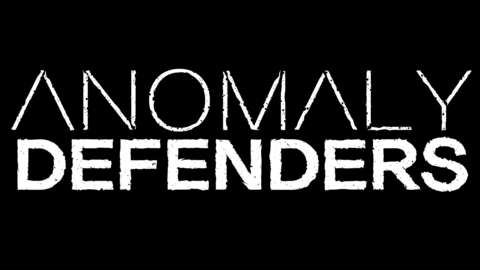 Anomaly Defenders is a reverse tower offense game and the final installment in the Anomaly series.