In the space between the final days of the PlayStation and the launch of the PS2, no one can hear you scream.

Once planned as a third-person adventure game, the long-delayed adaptation of the latest Alien film has finally arrived as a completely different beast entirely. Now a first-person shooter, the game ends up being the closest thing you'll find to the company's well-received PC FPS Aliens versus Predator. But those expecting that same level of quality in this title will find that, in the space between the final days of the PlayStation and the launch of the PS2, no one can hear you scream.

As in the film, the action takes place in a spaceborne remote military research vessel that has been overrun by aliens. You make your way through the chaos, encountering survivors, wasting face huggers and drones, and collecting an inordinate number of key cards along the way. And make no mistake about it, the way is dark. It's dark in the sense that graphical glitches are likely being hidden, but the darkness also sets the atmosphere very well. Lights flicker, steam blasts from wall vents, and scripted events such as an alien bursting through a doorway play out in cinematic fashion all around you. The audio effects - such as the frustrated squeal of a vanquished enemy or the quickening beat of your heart when you're near death - also contribute to the mood as well. The audio and video elements work well, save for some fairly chunky animations and weak screams. All in all, the visuals and sounds end up more fitting than impressive.

The game's control setup is its most terrifying element. The left analog stick moves you forward, back, and strafes right and left, while the right analog stick turns you and can be used to look up and down. Too often, you'll turn to face a foe and find that your weapon is aimed at the floor or ceiling while the alien gleefully hacks away at your midsection. Add to the mix a few other head scratchers - such as how the triangle button controls item and health use - and you'll be wondering how Sony let this get by without requesting a few different control configuration options.

Beyond the control issues, Alien Resurrection is gruelingly hard. That is, it's hard to the point where you'll spend as much time reloading your save file as you will spend playing the game. The near-mythical PlayStation mouse peripheral is supposed to solve many of the game's control problems, but the 99.9 percent of PlayStation owners who've never even seen the device will find the game almost unplayably difficult to control and unreasonably hard to enjoy. It's a dramatic answer to a problem far more easily solved by adopting the control scheme from EA's Medal of Honor.

Fans of console first-person shooters or the Alien film series will probably be better off waiting for Fox's recently announced Aliens: Colonial Marines for the PlayStation 2. While no concrete details have been announced for the game yet, this is one instance where the unknown is preferable to the devil you know. 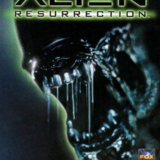 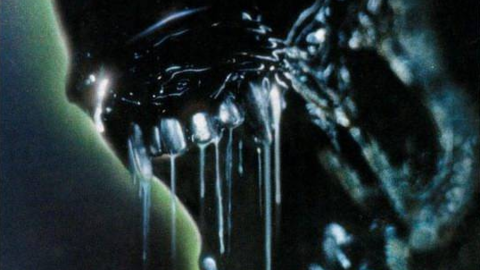 In the space between the final days of the PlayStation and the launch of the PS2, no one can hear you scream.