Until last night, you had never fired a gun before, but priorities tend to change when you're being hunted by unholy creatures of the night. In Alan Wake, darkness is your most fearsome enemy. The shadows are home to monsters who shun the light, growing more powerful as they slink through the jet-black unknown. You hear a noise behind you and spin around to examine your surroundings, pointing your flashlight from tree to tree, scanning the ground while you ready your trigger finger for the imminent attack. The world of Alan Wake is one of fear and tension--a place where it's perfectly acceptable to be afraid of the dark, because if you're not, you'll be enveloped by the evil forces that dwell just beyond your field of vision. The foreboding atmosphere that permeates every inch of this wilderness never lets you forget the dangers that await the unprepared, but the feeling of dread that defines the early portions dissipates as you get deeper into this moody adventure. Alan Wake doesn't offer enough surprises to keep you unhinged, but the storytelling is so enthralling and the combat is so frantic that you'll be sucked in until the thrilling conclusion.

A vivid imagination can be a dangerous thing. Alan Wake has been suffering from writer's block ever since he released his most recent best-selling novel two years ago, but he soon realizes there are much worse things than being unable to put pen to paper. A story he's written but has no memory of has come to life, flooding a quiet mountain village with demonic creatures that torment his every waking hour. The dark forces that populate this night-time adventure should be familiar to anyone acquainted with the horror genre, but the unique storytelling gives this game an identity all its own. The acerbic protagonist relays his thoughts on the outlandish events happening all around him through incisive yet oddly poetic prose that breathes believability into these supernatural events. Alan Wake's brash nature makes him unlikable at times, but his unwavering focus to save his wife at all costs makes it easy to empathize with him.

The most interesting aspect of the storytelling comes in the form of optional collectibles you find as you wind your way through dimly lit forests. Pages from your unpublished manuscript lie just off the beaten path, and it's in your best interest to snatch these up even though you have to venture deep into the deadly forests to do so. These passages frequently foreshadow events, giving you a snippet of something terrifying waiting for you around the bend. Other times, they fill in details tangential to your own quest, giving you a peek at what other people in the town are up to. These pages flesh out the story in fascinating ways, but there are even more elements tucked away if your eyes are sharp. Abandoned TVs and radio sets can be switched on to trigger brief expositions that give you another look at what is going on just beneath the surface. The television show is particularly intriguing. Modeled after The Twilight Zone, these creepy scenes contains all the twists and moral lessons the classic series is known for.

The excellent combat builds on the fantastic storytelling, ensuring there is never a dull moment during this roughly 12-hour adventure. Alan Wake has a handy way of dealing with dark-fueled creatures: shine a flashlight on them. You carry said light source in your left hand, and you use this to weaken enemies who dare to challenge you. By pointing it at them for a few seconds, you destroy the darkness inside of them, making them vulnerable to your firearms. This mechanic is not only original, but also leads to thrilling situations. When you're surrounded by a gang of growling beasts, you have to choose one individual at a time to spray with your life-sucking light, and balancing your aim to keep all attackers at bay is exciting. If baddies get too close to you, you can duck out of the way at the last second, triggering a slow-motion dodge that lets you quickly retaliate before they have a chance to attack a second time. Because there is so much ammunition sprinkled about and your health regenerates after every battle, you'll rarely succumb to their aggressive advances, but each encounter is still exhilarating.

Exploration is as important as combat when trying to make your way through these haunted woods. Going off the beaten path is the only way you can find the missing manuscripts and television sets, and there are hidden weapon caches that aid you in fending off this unrelenting horde. Aside from your standard pistol, you can nab a hunting rifle and a shotgun, which make short work of poltergeists at close range, as well as a few explosive weapons that quickly dispose of anything that fears the light. Toss a flashbang grenade into a cluster of foes and watch them melt away into nothing. There are also little touches that add to the tension. Rapidly tapping X reloads your ammunition more quickly, and your frantic button taps mirror Alan Wake's movements as you both try desperately to stay alive. At times, you'll find generators that, when activated, energize nearby lights for you to take shelter in. But starting these up requires a few precise button taps that can be mighty stressful when an axe-wielding ghost is breathing down your neck.

The prologue starts things out with a heart-racing encounter. Seemingly alone in the woods after a brutal car crash, you make your way slowly through the foggy forest to the lighthouse oasis on the other side. Of course, a peaceful walk in the woods soon takes a deadly turn, and you find yourself sprinting for your life toward a cabin, barricading yourself inside moments ahead of the imminent danger. This electrifying scene sets up the tension that hovers above you at all times, but sadly there are few instances during the rest of your quest that match this confrontation. Alan Wake's moon-lit wanderings become predictable just a couple of hours into the game. There are a few different takes on the core action, such as escort missions and a novel twist on the classic turret sequence, but not many genuinely surprising or completely unexpected events. Because the storytelling is strong and the combat is rousing, the game never becomes stale. But the lack of memorable moments weakens the impact of the chilly atmosphere, and you're rarely startled despite the supernatural events happening all around you.

Thankfully, the eerie forest you spend most of your time in is so well realized that you'll hardly notice you're doing the same thing for much of the game. A cloud of fog blankets the forest, adding an extra shroud on top of the suffocating darkness. The thin beam of light produced by your flashlight offers a glimpse at what's hiding behind the pitch-black cover, but it cannot produce enough light to ever make you feel safe. Enemies circle around you like wild raptors, luring you into thinking they're coming from your front side, and then when you least expect it, you'll find an axe implanted in your back by a demon who snuck up behind you. Foreboding music increases this desolate feeling. The subtle score that underlines your quest for survival keeps your nerves on edge and your neck hair raised. The slight awkwardness to Alan Wake's movement is easy to ignore once you become entrenched in this gripping adventure. The mood is so beautifully represented and consistent throughout the game that you'll be hard pressed to tear yourself away.

Above all else, Alan Wake’s gripping storytelling really sells the protagonist as a famous author. Every moment of this story is fraught with tension. Wake's narration is filled with as many questions as answers because he has no explanation for the strange events occurring all around him. And the missing pieces from the manuscript, radio program, and television show are doled out in such deliberate chunks that they slowly string you along until the full secret is revealed at the end. The clever storytelling ties in with the dreary atmosphere, building on the fear established from the very beginning with subtle use of lighting and a moody musical score. Unfortunately, the path you march down rarely offers any surprises, which makes your actions take on a by-rote feeling after a while. But the combat is so satisfying that it's largely able to overshadow this misstep. Alan Wake is a riveting adventure that will keep you glued to the screen until the very end.

View Comments (30)
Back To Top
8.5
Great
About GameSpot Reviews 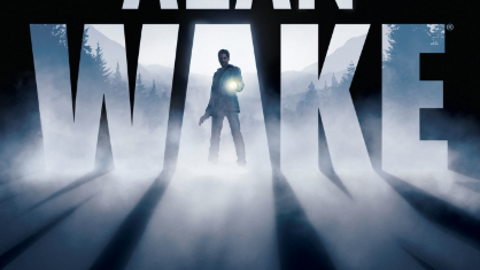