It's the game that Age of Sail II should have been.

Russian development house Akella's first attempt at creating a sequel to TalonSoft's venerable Age of Sail managed to bring that ancient title out of the wargame ghetto while simultaneously giving it so many bugs that the release version was essentially unplayable. Privateer's Bounty was originally going to be an expansion pack for Age of Sail II, but it has instead been released as a stand-alone game that could probably just as easily be called Age of Sail 2.5. Whatever fancy Napoleonic-era name you give it, it's essentially a "fixed" version of Age of Sail II, with a slightly improved interface, tweaked game mechanics, new campaigns, and almost no bugs. It's the game that Age of Sail II should have been. For those of you who already bought Age of Sail II, you get to buy it again. Fortunately, it's worth it.

Privateer's Bounty covers the same ground that Age of Sail II did, which is to say that it's a pausable real-time strategy game covering naval combat during the golden age of 18th- and 19th-century naval combat from roughly the American Revolutionary War to the wars of Napoleon Bonaparte. Ships are represented by beautiful 3D models that display details down to the current state of your sails (furled, battle, or full), depict battle damage like fallen masts, torn sails, and fires, and even show individual crewmen on the decks--although this last effect makes it look like the ships are full of spinning children's tops and could have been left out. Otherwise, the presentation does a wonderful job of creating an atmosphere of preindustrial warfare, along with some really neat weather effects. Amazingly, this engine runs decently even on midrange computers, unless you try to play one of the really big scenarios.

The authentic 19th-century atmosphere that the expansion's great graphics create is broken only by the sound, which is functional enough when it comes to sound effects like explosions and breaking masts but completely over the top with its order acknowledgements. In large scenarios like Trafalgar, the proliferation of voice alerts can turn the game into an audio parody of a sea battle. Turning speech off in this case is highly recommended.

True to the form established by the 6-year-old original, the gameplay is of a similarly high quality. Despite the real-time engine, constant, fast clicking and scrolling are the antithesis of good play. One of the brilliant things about the Age of Sail series is how tense the games are, and this tension is inversely proportional to the speed of the game. In small-to-medium-sized battles, you'll often find yourself watching a particular ship, trying to anticipate an enemy move while simultaneously trying maximize your rate of turn, your speed, or some combination of the two. Because firing arcs are highlighted in blue, you can immediately tell whether a ship is vulnerable to your cannons, or whether you're about to be subjected to a broadside yourself. Because of the long time it takes to reload some types of weapons, tension can build to truly gut-wrenching levels when you're trying to keep a ship in your firing arc long enough to deliver the broadside of double shot you're preparing, or as you watch your ship try to outturn an enemy that has you outgunned. In situations like this, you sometimes wish the game would move even more slowly so you could pick the exact moment to make a course change. Just like its predecessors, the game does a nice job of incorporating damage to the rigging, hull, and crew and modeling the effects of round shot, chain shot, grape shot, and double shot. The damage model seems to have been adjusted to provide more realistic results, and the simulation aspect is quite satisfying. Privateer's Bounty demonstrates that historical accuracy does not require a compromise in visual quality.

In small battles, the game is all about precise seamanship. In large battles like Trafalgar, the focus changes to fleet management--and again, Privateer's Bounty delivers, mostly because the completely broken fleet formations from the original Age of Sail II have finally been fixed. If you tell a line of ships to move somewhere, they actually do it. In the previous game, replicating Nelson's famous double-line strategy was impossible, because the mechanisms for grouping and ordering two different formations just didn't work. Now, you can reliably give your hotkeyed groups individual orders and be confident that they'll carry them out, although the need to issue new waypoints in order to change ship spacing is inconvenient. In addition, some battles can end prematurely when the game mysteriously tells you that your victory conditions have been met, even when they haven't.

This kind of annoyance is repeated over and over in little oversights that are forgivable individually, but add up to a distinct lack of polish. Ships can be set to fire automatically (which is indispensable in large battles), but there is no way to direct them to ignore forts or towns, so in actions with a land component, you'll find yourself having to keep your ships on manual fire to avoid wasting broadsides on land batteries. You also can't set automatic fire for one broadside while controlling the other one manually, which, when combined with the ability to only reload one broadside at a time, can lead to premature discharge and an uncomfortable wait for a reload.

The notoriously bad AI of the previous game has been replaced by a functional computer opponent that acquits itself well in battles on the open sea. But when land is introduced, a number of problems show up, such as ships running themselves aground, which gives the graphics engine a chance to show off its clipping prowess. Fortunately, Age of Sail II is outstanding in multiplayer, with a small but fanatical following, despite the fact that the game currently doesn't work with third-party multiplayer clients. If it eventually does, multiplayer Privateer's Bounty will be the ultimate way to take advantage of what is the best real-time naval combat system available on a computer.

Having gotten the strategy part down so well, Akella unfortunately couldn't seem to resist the urge to try to inject some role-playing into what is otherwise a perfectly good wargame. It's as though the developer thought that, since it created the pirate-themed role-playing game Sea Dogs, it would have to keep forcing you to pretend you're a pirate. The campaigns all feature multiple-page mission briefings full of inane text that tries to create an atmosphere of swashbuckling adventure but ends up sounding like a fantasy novel that substitutes pirates for elves instead. The real problem is that some of the briefings fail to adequately define your objectives, so you'll end up playing certain missions over and over until you figure out what all that high-seas fiction was trying to say. The premise is sound--win battles, capture ships and refit them, buy more ships, fight new battles. The execution is less so, especially because the campaigns all incorporate some version of the "puzzle mission," which often involves land and thus triggers the awful AI. Privateer's Bounty incorporates some new units like submarines, fire ships, paddleboats, bomb vessels, and even balloons, but other than when they're brought to the forefront by scripted scenarios, they're generally ancillary units. Even worse, the scripts can't even keep their stories straight--while there are supposed to be separate campaigns for the English, French, and Americans, the French campaign briefing text clearly states that you're in the British "Special Boat Service." And you go fight the French.

Despite the fact that this is really a "fix 'em up" update of a previous game, Privateer's Bounty still has some bugs. For example, ships on automatic fire are not supposed to shoot when friendly ships are blocking them, but they do anyway (with painful consequences). Possibly the most irritating bug, however, is the inability to load campaign games that were saved in mid-mission. Doing so causes a crash to the desktop with the same "internal program error" dialogue box that appeared in the original Age of Sail II but was finally fixed with patch 1.56. It now makes a reappearance. This means that campaign games can be only played from the beginning of a mission. This makes little difference in some missions, but in the aforementioned puzzle missions, it can get quite frustrating. Furthermore, some of the scripted events that are supposed to take place in some missions fail to come about.

Despite these problems, Privateer's Bounty is a strategy game that offers something for anyone interested in commanding a fleet--except perhaps fans of role-playing a pirate. Since Age of Sail II is so appealing in multiplayer, it makes sense for fans of the game to buy the latest version, especially since it features improvements that make for a markedly better game. For everyone else, thanks to this update, you can now go to the store and buy an excellent strategy game about the age of fighting sail that generally works right out of the box. It's definitely worth it. 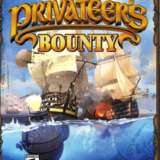 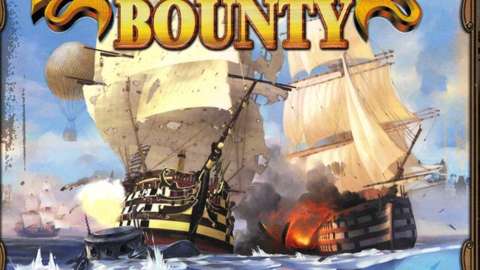 It's the game that Age of Sail II should have been.

6.6
Sign In to rate Age of Sail II: Privateer's Bounty