The sequel to Generation of Chaos provides more of the same strategic gameplay without doing anything to correct the problems with the original.

Aedis Eclipse is a game that demands a lot of patience, much like its predecessor, Generation of Chaos. Sometimes your patience is rewarded with deep tactical gameplay that almost makes it worth swimming through the game's inherent frustrations. Unfortunately, even the most tolerant players will find it a chore to muddle through 40 hours of sluggish performance and clunky menus. Because these issues plagued the first game, the missed potential makes Aedis Eclipse all the more disappointing.

Like the original game, Generation of Chaos, Aedis Eclipse is a turn-based strategy game with role-playing game trappings. To its credit, it features not just one but three stories that take place in three different planes of existence: Greckland, the lower world; Aedis, the surface world; and Galadia, the celestial world. You can begin playing on the world of your choice, though newcomers will surely want to begin with the lower world, which serves as a tutorial and introduces you to the game's complex and unwieldy mechanics. None of these stories are anything more than your typical turn-based RPG formula, featuring kingdoms at war, sassy teens saving the world, and technology versus magic. The story structure is decidedly different from the first game, but unfortunately, not much else has changed.

Gameplay takes place on a segmented map that is dotted with structures, monster encounters, and various fortifications. Your general goal is to defeat the enemy headquarters while defending your own. Before each mission, you choose the commanders you want to take on to the battlefield. Then you and your AI opponent begin the slow process of taking over the game board one turn at a time. To do so, you need to consider a staggering number of factors and skills. Some squares on the grid are associated with a particular element that limits which commander can cross them and can affect the course of battles that occur on them. Other dynamics include overcoming the height of the terrain, pairing commanders to increase their effectiveness, and building various structures.

At its best, this portion of the game offers the same just-one-more-turn dynamic that inherently inhabits most games of this ilk. Capturing the grid and successfully invading the enemy headquarters is particularly rewarding because the largest maps can take several hours to complete. Mastering such mechanics as capturing prisoners and learning the intricacies of each building is naturally satisfying as well. On the other hand, Aedis Eclipse--like Generation of Chaos--convolutes the complexities with dozens of different menus to sift through, replete with small text and underexplained statistics. These menus make it tough to know which information is helpful versus which information just takes up space. The lower world tutorial offers more introductory information for the beginner than the original, but it's too incomplete to be truly helpful. The only way to know the strategic strengths of various structures, or which statistics to spend experience points on, is to experiment. It takes hours to get used to where various commands are hidden, and the time you spend sifting through the menus slows the already steady pace of Aedis Eclipse to a crawl.

The battle portions are quite different from the slower turn-based portions. When a commander enters battle, you move into a smaller map where your commander and a small army of units take on a similar enemy force in real time. These battles look interesting at first, and your commanders can perform a good number of impressive-looking special abilities as long as their super gauge is charged. You can also set a prebattle formation, but once the battle begins, it's a hands-off affair with only a few commands that will make you wish there were more ways to control the course of the skirmish. For example, you can order an attack command, but you can't choose which units to attack. The resulting combat looks chaotic and a little dumb because units will often stand right in front of each other but not attack or wander off in the wrong direction. These issues are only further accentuated by stiff unit animations. The real-time strategy aspect of Aedis Eclipse not only comes across as half-baked, but also as the most boring facet of the game.

The game speed is also dragged down by its sluggish performance. The simple task of ending a turn or saving the game, both of which you will do often, involves waiting for the menu screens to load. This process may only take five or six seconds each time, but eventually it feels much longer. The UMD will also hitch and stall when accessing menus or even in the middle of dialogue. It's a real shame, considering how much time you spend in menus. Many of the visuals themselves are attractive though, and even a little crisper than the original. On the game map and in battle, characters are represented by colorful chibi-inspired sprites. The grid and battle environments are also nicely styled. However, the sound design is somewhat less inspired. The soundtrack is nice but not particularly interesting, while the voice acting ranges from decent to embarrassingly hammy and overblown.

Aedis Eclipse may still be some fun for patient gamers who don't mind the thoughtful approach. Yet it's disappointing that most of the shortcomings that dogged the original Generation of Chaos on the PSP weren't fixed or streamlined for the sequel in any way. If you liked the first one and don't mind reliving its shortcomings, by all means, give the sequel a shot. Otherwise, the interface frustrations and lethargic pace will likely outweigh the more enjoyable qualities. 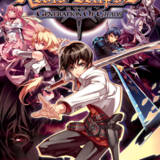 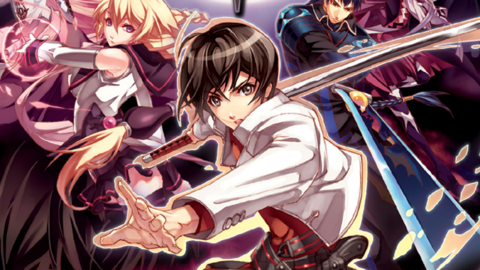 Aedis Eclipse: Generation of Chaos is an RPG for the PSP and features three different stories, over 30 job classes, and customizable armies and environments.

7.2
Sign In to rate Aedis Eclipse: Generation of Chaos

Everyone 10+
Fantasy Violence, Language, Use of Alcohol