Actually a graphical upgrade over its predecessor, this is an impressive port with the chops to please fans of the original as well as general platforming enthusiasts.

Hudson Entertainment's mobile division is playing it safe, porting proven franchises from its days as a third-party NES developer. The latest of these wireless conversions is Adventure Island, in which you reprise the role of Master Higgins, a portly safari enthusiast who's no stranger to danger. Whether on foot or riding his signature skateboard, Higgins must navigate the unforgiving jungle, dodging or dispatching predatory pests in the process. The resulting game is a simple platformer, periodically punctuated by some perfunctory boss fights (which are all essentially the same). This is a strong port, with superior graphics to the NES original. Gameplay problems result from the autofire implemented to compensate for mobile's inferior control, but Adventure Island still remains a fun game that has been effectively adapted for the platform.

Adventure Island is divided into levels and worlds, which can be sequentially completed by guiding Higgins to their conclusions, each of which is marked with a "G" flag, for "Goal." Inhibiting your progress throughout these stages are myriad jungle creatures, like snakes, birds, and... gremlins, which can throw you off by attacking from behind. In a game that's so unyieldingly oriented from left to right, that kind of switch up can be a big deal. You'll also have to bound over obstacles, like bonfires, stationary rocks, and rolling boulders--each of which can be turned off in the options menu. Adventure Island defaults to feature all these environmental dangers, and this tends to present the right amount of challenge. Players can control the game's difficulty levels by turning obstacles on or off in the options menu. Master Higgins' ultimate goal is to save his girlfriend Tina, who's being held by a malevolent witch doctor at the end of eight levels. The eight levels are each broken up into four worlds and a boss fight, and the levels represent a decent amount of gameplay for mobile, lasting average gamers several hours, assuming all obstacles are left enabled.

When you start the game, either for the first time in a session or after you've died, Master Higgins will be empty-handed. By finding and opening eggs, our loincloth-clad hero can gain access to hammers or fireballs that can be thrown. The latter item is the more powerful, as it cuts through boulders and rocks with ease. It's also more difficult for a hammer to hit its mark, as it will be thrown in a broad arc, as opposed to the fireballs' straight shot. In the NES original, a button had to be hit each time you wanted to fire, but now you can turn autofire on and off. Unfortunately, the autofire doesn't always work reliably, and it has the additional propensity to destroy power-up-carrying eggs. A few of these eggs hold skateboards, which speed up Adventure Island's gameplay considerably, and they are just really fun to use. If you run into an obstacle or baddie, though, you'll lose your wheels; this just means your progress will be slower.

Adventure Island boasts some great visuals that benefit from modern handsets' resplendent color palettes, which are much better than those of the NES, on which Adventure Island originally appeared. On our test Sanyo 8200, the game animates at a frame rate in the high teens, which is perfectly adequate.

The game's sound is good by the admittedly low standards for audio on Sprint Vision. The game alternates between a few, short MIDI clips, inspired by those of the original version. Unfortunately, these loop awkwardly, which is a common problem in Java titles.

In all, Adventure Island is a solid platformer, worthy of its provenance. Actually a graphical upgrade over its predecessor, this is an impressive port with the chops to please fans of the original as well as general platforming enthusiasts. 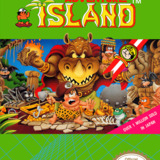 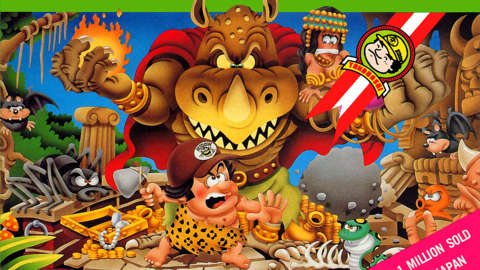 Adventure Island has players go on an adventure to find and rescue the kidnapped Princess Leilani.