While it's not the Dreamcast's best racer, 4x4 Evolution offers an adequate challenge, rewarding gameplay, and the ability to build your own truck and take it online for some action.

Back when the Dreamcast was just a few nice screenshots and a funny name, pessimists were warning prospective buyers that it would eventually become a dumping ground for lazy PC game developers. So far this hasn't happened, and if 4x4 Evolution is an example of what those pessimists were warning us about, then the world needs more lazy PC game developers. 4x4 Evolution for the Dreamcast straddles the line between simulation and arcade, bringing the best of both worlds along for the ride.

4x4 Evolution's gameplay is lost somewhere in the limbo between San Francisco Rush and Gran Turismo. While it strives for the complexity of a sim with vehicles that may be tweaked and upgraded, the physics engine relates more directly to the arcade side of things. There are 70 licensed trucks to choose from, so finding one that suits your taste isn't difficult. You begin the game with a middle of the line truck like a Nissan Pathfinder or a Chevy Blazer, but eventually you may upgrade to a Lexus or some other extravagant vehicle you wouldn't be caught dead driving off-road.

The majority of gameplay time is spent in the career mode. You begin with $30,000 to buy a new truck and some upgrades. Right off the bat you can buy parts to improve the suspension, engine, electronics, appearance, chassis, and drivetrain. Entering races is based upon what type of truck is chosen and what components are installed. Some circuits won't allow modified engines, while others require a stock suspension. Patience pays off in 4x4 Evolution. When you first start out, the races seem slow and calculated, as the stock trucks handle like they have pudding for tires. As you acquire the spoils of victory and buy new parts, the handling becomes tame and the speed of the game picks up. Accumulating money takes some perseverance, as even when you take first place you must share the winnings with the other drivers. Considering each circuit is only worth $20,000-$30,000, it's rare to garner more than $15,000 per circuit. The parts don't come cheap, either. In many cases you have to purchase prerequisite parts before jumping up to the high-performance pieces. Buying three or four engine upgrades just to have the option to spend $10,000 on the final upgrade may turn off those looking for quick satisfaction. If you stick with it, though, each part becomes a cherished addition to your mechanical masterpiece, and winning races becomes much easier and more enjoyable.

The real motivation to build a winning truck is 4x4 Evolution's four-player online play. Before finishing the first online lap, it becomes obvious that there is a lot of work to be done. PC players play on the same servers as Dreamcast players, and some of these dudes have some fast machines. There are some trucks online that must have taken months of playing to build. Getting whupped online is excellent motivation to go back into the career mode to build up some more cash and buy some upgrades. Of all the online Dreamcast games out there, 4x4 Evolution suffers from the fewest latency-based problems. Playing on a local server helps, and there aren't as many servers across the nation as you would like, but 4x4 Evolution's online play is still solid. For those who have no use for the online component, there is a split-screen multiplayer mode for up to four players that buzzes along nicely.

4x4 Evolution's graphics are impressive. All of the 16 free-roaming tracks are completely unique, and they all have their own texture set, branching paths, and set of shortcuts. If you stick to the beaten path, you will find yourself at the bottom of the leader board in no time. Off-track events - such as bulldozers working in construction areas and planes taking flight at an airport - take place regularly. On one track, following a soaring hang glider leads you to a major shortcut. The textures are clean, and each of the 70 trucks is nicely detailed. When you catch air, the suspensions unfold, only to be compacted upon impact. In the replays, your driver can be seen cranking the steering wheel from one side to another - perfectly in tune with your controller commands. The environmental effects for weather are usually believable, but the fog seems a bit too thick to be realistic. Polygon tearing and texture flickering are not a problem, but it's hard to overlook the significant draw-in that occurs on several tracks. Overall, 4x4 Evolution features a nice clean look without appearing overly barren.

Initially, controlling the off-road vehicles presents a major challenge. It's tough to fight the urge to keep the accelerator slammed down, and doing so means you'll be careening off course regularly. Once you learn to use the analog shoulder buttons for the gas and brake, each turn becomes an exercise in precision. The control tends to be unresponsive with the stock vehicles, but after you accumulate some cash and upgrade your truck, everything starts making sense. The terrible control that 4x4 Evolution forces you to master in the initial stages of the game only makes it more rewarding when you finally build your bog machine into a trail-hugging monster. While the physics model allows your truck to catch more air than it probably should, it helps to keep the driving intense at all times and adds a bit of arcade flair to help the game appeal to a wider audience.

The aural landscape that has been painted by Terminal Reality is average. The music fails to inspire anything more than a search through the menus to turn it down, and the sound effects lack the punch to make them realistic. The sounds of the rumbling engines are a nice touch, as you can figure out the horsepower each truck possesses without looking under the hood. But overall, there's nothing here worth dusting off the surround sound for.

While it's not the Dreamcast's best racer, 4x4 Evolution offers an adequate challenge, rewarding gameplay, and the ability to build your own truck and take it online for some action. It may seem like a game with limited appeal, but the incredible amount of customization available guarantees that more than just the Billy Bobs and Jimmy Rays of the world will enjoy it. It's refreshing to play an off-road game that isn't littered with nitros and oil slicks, yet the high-flying nature of the game keeps it from seeming too sterile. If you're into off-roading, you may never have to buy another video game. If you're a racing game fan, 4x4 Evolution has enough substance to keep you coming back for more. 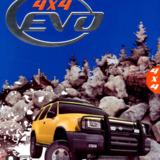 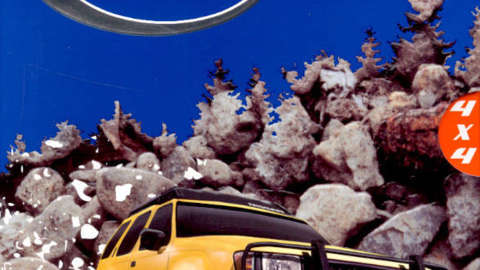 Those looking for the Gran Turismo of off-road racing will find a lot to like in 4x4 Evolution, but casual racing game fans should look elsewhere.