Timed to coincide with the 100th anniversary of the armistice treaty signed on November 11, 1918 that ended World War I, 11-11: Memories Retold follows the stories of two men swept up in terrible events (mostly) beyond their control over the course of two years on the Western Front. A collaboration between Aardman, the animation studio best known for the Wallace & Gromit TV series and films, and DigixArt, a fledgling French game development team, it's a visually striking adventure game that foregrounds its occasionally moving, occasionally ludicrous narrative atop a layer of light puzzling and collectible gathering.

The intertwining story sees you play as both Harry (voiced by Elijah Wood), a young photographer from Canada who finds himself in France shooting film--not foe--for propaganda purposes at the invitation of a British major, and Kurt (Sebastian Koch), an older German electrical engineer who enlists when he receives word that his son's unit has gone missing. Their tales are connected, of course, and at key moments in each chapter your control will switch from Harry to Kurt and back again, often multiple times. Later, there are even scenes in which you are free to switch between them, and a third character, whenever you wish.

Each man's journey plays out across a France (and bits of Germany and Canada) that is rendered like an oil-on-canvas painting, the thick individual brush strokes and contrasting colours an obvious nod to the Impressionist style that was still en vogue in the early 20th century. It feels like each scene is being painted in real-time as you walk around, as the brush strokes flicker in a manner suggesting an artist constantly reapplying paint on canvas. From the crackling ember reds of a battlefield to the dappled whites and yellows of an idyllic farmstead, the unique art direction succeeds in setting the emotional tone of each scene. The overall effect is quite startling and very often beautiful.

What you're actually doing inside each scene is rather more conventional. Harry and Kurt walk--and occasionally crouch or run--around a series of mostly small locations, talking to people and picking up dozens of collectibles. Helpfully, you always have a specific objective to accomplish; in Harry's case it's typically whatever task Major Barrett has ordered him to perform while Kurt's pursuit of his son's whereabouts is often derailed by the whims of his own superiors. Regardless, most objectives are easily completed by simply walking to the desired destination, interacting with a certain object or talking to the right person. Sometimes there's even a box to push out of the way or a couple of levers and dials to fiddle with, but absolutely none of it is in any way taxing.

This is for the best, perhaps. At least, it means the story takes center stage and you're not in any danger of getting stuck on a puzzle and finding yourself unable to see that story to its conclusion. More than that, though, it also works because the story 11-11 tells is genuinely good. Sure, it's a romanticised version of World War I that doesn't really confront the senseless brutality of trench warfare or the sheer scale of human loss and suffering that resulted--there's but one scene where you don a gas mask, for example, and when Harry is finally called upon to go "over the top" he's more focused on getting a few good pictures than whether he'll survive the mad dash into no man's land. But the story works because Harry and Kurt are convincing characters whose flaws and motivations remain all too real no matter what the war throws at them. The plot may contrive to see the lives of the two men intersect in unlikely fashion, but they themselves are utterly believable and empathetic until the very end.

Further, the story works because you are given choices to make at critical junctures. Each choice feels weighty and full of consequence. I didn't replay scenes to see how things could have played out differently--and perhaps the rippling effects are minimal--but I didn't want to. What matters is that the import of the decisions I made was felt in the moment I made them, and ultimately I was more than satisfied with how my version of the story ended.

Where the story undermines itself, however, is in its pacing. Or, to be more accurate, in how certain pieces of the story are locked behind collectibles, the search for which sees you get bogged down in scouring every area for hidden documents and items rather than keeping the plot ticking over. Not to mention that it's quite silly when Kurt's ordered to quickly fix a radio during an attack while you're thinking, “Hang on, let me just check if there's anything I've missed down the other end of this trench….” You can ignore the collectibles, but you'll also be missing out on story content.

When it comes together, whether in moments of high drama and urgent choices or in the quiet interludes that follow, 11-11 draws you deep into the lives of these men. When it misses the mark, whether through an implausible coincidence, a throwaway puzzle or tedious collectible, it can push you away and cause the surrounding narrative beats to fall flat. It's uneven, yes, but there's undoubtedly more good than bad, and there are poignant scenes, tense moments and breathtaking images that will resonate long after the end credits have rolled. 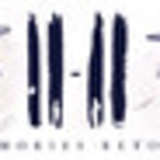 David Wildgoose was very pleased to discover the cat Kurt befriends early in the game is actually a playable character later on. More games where you get to press X to meow, please. 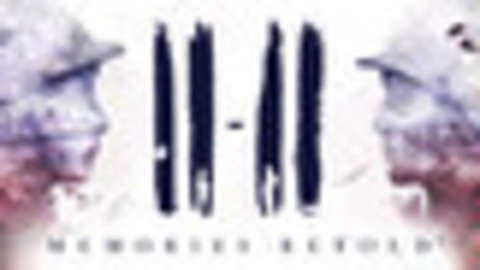