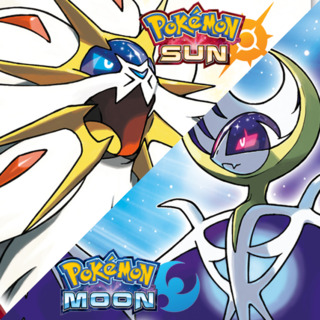 Pokemon is one Nintendo's most successful franchises. To date, we've seen Pokemon Anime, Pokemon Trading Cards, Pokemon merchandise, and more. Not only that - but several Pokemon spin-off games. But, what are the best Pokemon Games? Dave takes a look back at his 10 Best Pokemon Games to Play.

One of the most popular game series of all time, Pokemon has become a global phenomenon. But which games are the very best, like no game ever was?

Pokemon's Global Link Service Is Shutting Down, But You Can Get A Free Pokemon Out Of It

The long-running website is shutting down next February, but before then, you can get one final free Pokemon for Sun and Moon as a thank-you gift.

The Most Disturbing Pokemon In The Pokedex

For all the happy-go-lucky Pokemon out there, the series has plenty of actual monsters too--Sword & Shield are no exception. These are the darkest Pokedex entries in the series.

Before Pokemon Sword and Shield launch on Switch, you can claim one more free Legendary Pokemon for the Gen 7 3DS games.

3DS players in the US can get a free Shiny Solgaleo or Shiny Lunala at GameStop from October 21 to November 10, just before Pokemon Sword and Shield launch on ...

The Pokemon Company is giving away a few free Pokemon for Ultra Sun and Ultra Moon this year. Here are all the ones you can get right now.

The Best PS4, Xbox One, And Last-Gen Pre-Owned Game Deals At GameStop

A large number of pre-owned games for PS4, Xbox One, and older consoles are discounted at GameStop this week only.

Ahead of Pokemon Sword and Shield's release, 3DS players can download a free Passimian and Oranguru with their Hidden Abilities in the Sun and Moon games.

Pokemon: Rare Freebies Available For A Limited Time In Ultra Sun And Moon

For the first time, 3DS players can get five rare Berries in Pokemon Sun, Moon, Ultra Sun, and Ultra Moon via Mystery Gift.

[Last Chance] Last Free Legendaries For Pokemon Ultra Sun / Moon Available, Here's How To Get Them

Lugia and Ho-Oh are the final free Legendaries of 2018; here's what you need to do to claim them in Pokemon Ultra Sun and Ultra Moon.

Lugia and Ho-Oh are the final free Legendaries of 2018; here's what you need to do to claim them in Pokemon Ultra Sun and Ultra Moon.

[Last Chance] Free Legendary Pokemon For October Now Available, Here's How To Get Them

Reshiram and Zekrom, the cover monsters from Pokemon Black and White, are the free Legendaries you'll be able to get in October; here are all the details.

Reshiram and Zekrom, the cover monsters from Pokemon Black and White, are the free Legendaries you'll be able to get in October; here are all the details.

[Last Chance] September's Free Legendary Pokemon Available, Here's How To Get Them

Another pair of Legendary Pokemon from Ruby and Sapphire, Latios and Latias, are up for grabs for Ultra Sun and Moon.

If you purchase Pokemon Gold or Silver on 3DS by September 21, you'll get a free download code for Celebi to redeem in Ultra Sun or Ultra Moon.

Show me more
Where to buy
Pokemon Sun / Moon
$46.43 at Walmart
GameSpot may get a commission from retail offers.

As we celebrate 20 years since the launch of Pokemon Red and Pokemon Green in Japan, the next era of Pokemon games is being announced! Pokemon Sun and Pokemon Moon are coming out for systems in the Nintendo 3DS family in holiday 2016, with a new world, new Pokemon, and new adventures to discover!

The Most Disturbing Pokemon In The Pokedex

Pokemon: Then Vs. Now - Which Is Better? | Versus