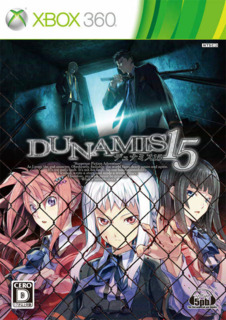 User Rating: 8.5 | Dunamis 15 PS3
By ninja_ryu190 | Review Date: October 27, 2011
now this is a visual novel, a genre of gaming thats popular in japan where you basicly watch and read whats happening in a scene like your basicly watching an anime and playing a game a the same time

Dunamis 15 is set in a in a world slightly in the future where a nuclear explosion has caused genetic mutations. All the students at Ceres Academy are clones who were created as materials for cloning technology research. Some events happened, which caused the students to rebel.

its a dating sim slash **** up mind game

you play as different characters "temporarily"

now i may not understand much but all i know so far is that this silver haired girl may be the cause, or maybe shes just a mascot

good
-creepy and **** up atmoshpere and higurashi stuff make this fun for fans of higurashi, and that kind of stuff in general
-ecchi galore
-hint system is a good addition