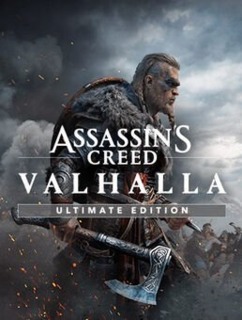 I am sad to say that this is one of the least enjoyable Assassin’s Creed games I have ever played.

I have been a huge fan of the saga since the first release back in 2007, and I have accompanied its major changes which for the most part I gladly accepted, because even though the original games are the ones that made me love this series with their mix of historical facts and fiction and all the conspiracies, most of the changes throughout the main titles have always brought something new and exciting, a new character and perspective like Edward, new gameplay mechanics like Unity or stunning maps and landscapes like Origins or Odyssey, whatever it was all the games got me hooked, some more than others and adding to all of this, the story, no matter how stretched, always had a sense of continuity, specially on the modern days of the game.

Sure they took some liberties and in some games the plot didn’t advance much and it was more focused on the actual Assassin’s experience, but there was always something to look for. Then Valhalla came... I have nothing against England but in the 9th century it’s just boring, I attribute the bad relationship with the game mostly to the set, just boring plane landscapes a couple of ruins and that’s it, a repetitive and unappealing map.

Adding to that, the story didn’t got me hooked one bit, I didn’t find the protagonist charismatic and the main plot gets interesting only in its last 2 hours... and even though it’s indeed an exciting piece of narrative, it showed me for the first time that the AC games can have no end, this game ends on a cliffhanger with a character that literally wouldn’t exist if it weren’t for the story of this game, there is a mention to an old character sure, but there is absolutely no additional plot from the original story, the latest ongoing was the one regarding Juno and it ended on a comic book?!

It’s still an enjoyable game it has beautiful landscapes, specially Norway and Asgard which should’ve take way more screen time and it’s always a pleasure playing an AC game, so I am still eager to check out the next installment, but I do hope they innovate #assassinscreed#ubisoft#valhala#vikings