Last month, ZeniMax Media Inc. shocked the game industry by buying id Software, the previously fiercely independent developer of Doom 3 and the forthcoming Rage. Speaking with GameSpot, id CTO John Carmack said the fact the Bethesda Softworks parent was a privately held company was a big reason it won out over publically traded rivals like Activision or Electronic Arts.

"Another key advantage about ZeniMax is that it's a private company. They do not have quarterly reports that have to go out, and they don't have to worry about making their publicly stated targets," said the programming legend.

That said, ZeniMax still has to file financial disclosures to the Security and Exchange Commission when it borrows large sums of money. Today, the company filed a Form D a "Notice of Exempt Offering of Securities" with the SEC for $105 million in "convertible notes and promissory notes issued in connection with the acquisition of substantially all of the assets of Id Software, Inc."

The notice did not list the lenders that offered up the sum, nor whether $105 million was the final price paid for the id. Reps for ZeniMax had not responded to requests for comment on the deal's financial particulars as of press time. However, the company has proven its fund-raising acumen before, drumming up $300 million in October 2007 for a mystery massively multiplayer game. 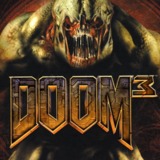