Garden Story is the final title to be made under Viz Media and Rose City Games' partnership.

Viz Media has announced the third and final title that's being made in partnership with Rose City Games. A pixel graphic adventure game, Garden Story, stars a sentient grape who's also an aspiring knight. It looks so cute.

The announcement of Garden Story was accompanied by the release of a new trailer that showed some of the gameplay and quirky characters. From a top-down perspective, you explore a variety of environments, such as quiet towns and dangerous-looking caves. In combat, you have a wooden pick that acts like a sword. You also have access to a backpack full of the items you collect, such as a dowsing rod. You're able to break certain items in the environment to gather resources as well, and it appears that Garden Story will have at least a few dungeon puzzles to solve too.

Now Playing: The World Next Door: First 20 Minutes Of Gameplay

"In Garden Story, players take on the role of Concord, the newly appointed village guardian," Viz Media wrote in a press release. "There's lots to keep this helpful adventurer busy; not only do your neighbors need assistance, but a mysterious Rot has also seeped into the foundations of the once flourishing island. Fortunately, Concord won't be working at this alone. Help your friends with their struggles, and they'll help you through yours. Balance caring for the environment, exploring new regions, and fostering new friendships as you solve puzzles and help restore the Grove to glory."

Viz Media has had a long history of existing on the fringes of the games industry, publishing well-received manga about popular video game series like The Legend of Zelda and Pokemon. In February 2018, Viz Media announced a partnership with Rose City Games to create three manga-styled games. The first, visual-novel-meet-puzzle-battle-game The World Next Door, released in March 2019 while the second, dungeon crawler Cat Lady, is scheduled to release later this year. Currently, Garden Story has a planned release of Spring 2020 for PC.

In GameSpot's The World Next Door review, I wrote, "The cast of characters is genuinely funny at times, and getting to know them has its benefits, but the story ends before most have a chance to really grow and mature. Worse, an interesting plot point that Liza introduces into the story near the game's end is never satisfyingly resolved. The combat portion has similar shortcomings. Though the puzzle battles are frantic bouts of fast-paced fun, the most interesting enemies and bosses are introduced in the latter half of the game, leaving combat in the first two dungeons too simple. Ultimately, there's enjoyment to be had with The World Next Door, but the game takes too long to start leaning into its strengths." 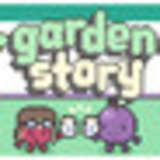