Your Visual Guide to This Year's Zombie Games

Using the power of Venn diagrams, we offer an occasionally informative look at the year's most exciting zombie games.

I believe it was Thomas Hobbes who once wrote, "Life in the zombie apocalypse is nasty, brutish, and short." Or maybe that was Winston Churchill? I'm not sure. The point is, when you're being chased down by zombies--real or virtual--you probably don't have a lot of time to spend sifting through massive amounts of information. So with that in mind, we've come up with this visually oriented guide to three of the biggest zombie games arriving this year. Or at least, three games we're hoping will come out this year, because they all look pretty rad for decidedly different reasons:

A Visual Comparison to Other Games 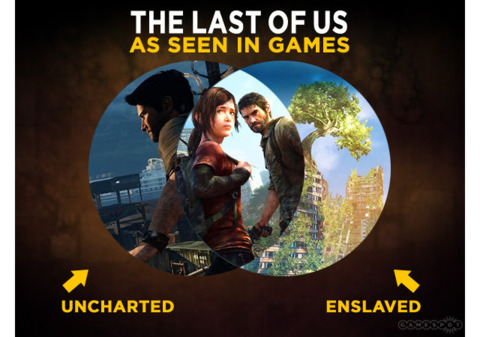 With the Uncharted series, Naughty Dog has established itself as one of the industry leaders in storytelling and building realistic characters. It's pretty much got the market cornered at this point. And with The Last of Us, it looks like Naughty Dog will adapt those skills to a human-survival-with-a-sprinkling-of-zombies story set in a lush, postapocalyptic world overtaken by nature. You know, like the setting of the criminally underappreciated Enslaved: Odyssey to the West. 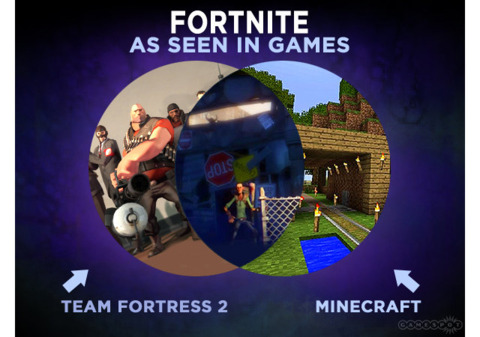 Considering its stylized and cartoony aesthetic, Fortnite couldn't be more of a departure from Epic's recent work on the Gears of War franchise. The gameplay seems to be quite a departure as well, because this is no straightforward third-person shooter. You'll actually be designing and assembling your own structures to withstand the zombie onslaught. We like it! It's definitely a more effective approach than letting yourself get bitten and repeatedly shouting "revive me!" at your fellow survivors. 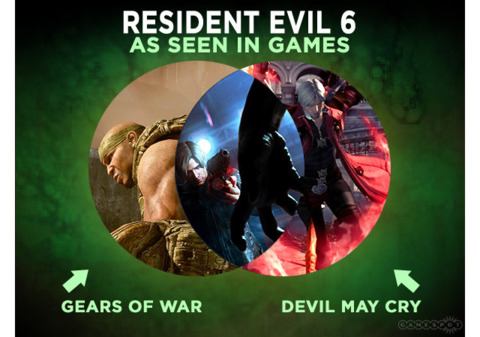 This one's a little like a snake eating its own tail. See, Gears of War is a direct evolution of the modern third-person shooter formula popularized by Resident Evil 4, and now it looks as though Resident Evil 6 will take a cue from Epic's manly shooter franchise with a sticky cover system of its own. But there's also a point in the trailer where a character--who I can only assume is named Buzzcut McRoundhouse--totally wrecks some zombies with a hand-to-hand combat montage that looks more like Devil May Cry than Resident Evil.

A Visual Comparison to Movies and Television 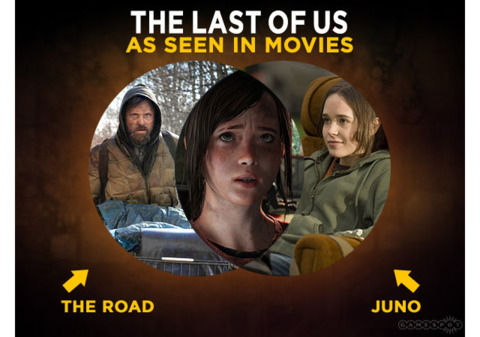 Adapted into a movie from the original 2006 novel, The Road is Cormac McCarthy's bleak survival story of a father and son trekking across a postapocalyptic wasteland. It's a crushingly desolate world these two live in, and the only thing keeping them going is the relationship they share with each other. Now, go ahead and substitute the son for a plucky young girl who looks more than a little bit like Ellen Page in Juno and ta-da! You've got a gross oversimplification of The Last of Us! 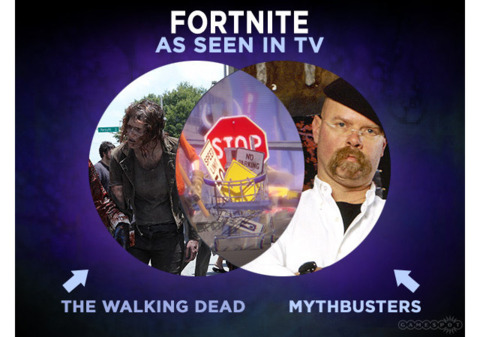 Based on the debut trailer, it looks like Fortnite places a heavy emphasis on trying to survive one night at a time during the zombie apocalypse. How's that done? Well, by the look of things, you build your defenses by scavenging a whole bunch of junk that's just sort of lying around the place. Now that's zombie survival done MythBusters-style. 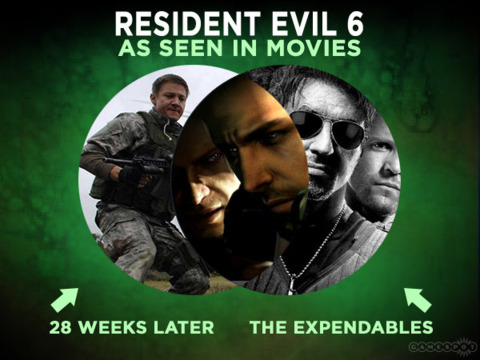 In Resident Evil 6, the zombie outbreak has escalated to the point of a full-on military assault, much in the way 28 Weeks Later followed up 28 Days Later with the American army occupying zombie-infested England. What sort of special forces do they call in to take on these zombies in RE6? Yes, that's right, an all-star cast of pretty much everyone who has ever appeared in a Resident Evil game at any point in history.

A Visual Comparison to Types of Zombies 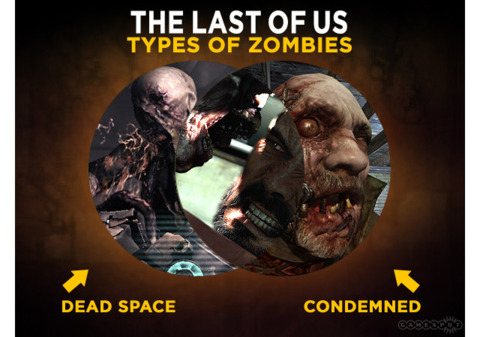 In the trailer for The Last of Us, we see an infected humanoid creature charging at the male protagonist the way only infected humanoid creatures can. Which is to say, terrifyingly. But don't forget that this is also a world full of displaced wanderers fighting one another to survive, so up until recently that creature was also a ravenous hobo. Now let's cross our fingers that this game also has a moment as memorable as Condemned 2's bear chase scene. 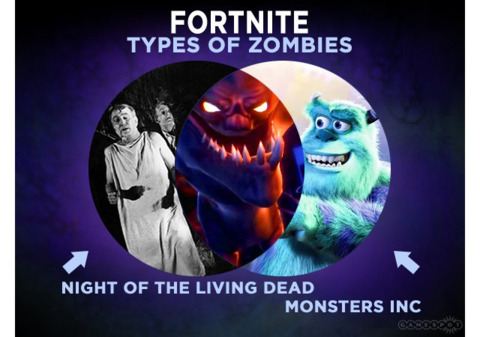 Fortnite's trailer hints at the appearance of shambling zombies who strike only at night--probably not exactly like the ones in George Romero's 1968 classic, but you get the idea. Now, these are also zombies rendered in the vibrant, cartoony art style of the rest of the game, which can mean only one thing: they'll be so adorable you can't help but want to give them a big ol' hug. 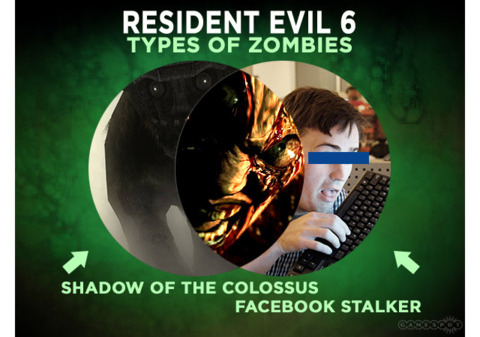 Resident Evil will always have its traditional shambling zombies--don't you worry about that. It's the big boss guys we're talking about here. These zombies just seem to be getting bigger and scarier with each new entry in the series, and judging by their recurring appearances in the trailer, it seems they're not just big: they're also every bit as persistent as the creepiest of Facebook stalkers.

View Comments (104)
Resident Evil 6
The Last of Us
Fortnite