Xbox Series S Is On Sale For Its Lowest Price Yet

The refurbished console also comes with some digital content for Rocket League and Fortnite.

Xbox Series S inventory has been steadily increasing throughout 2022, making it easier for fans to get their hands on one of Microsoft's new-gen consoles. Deals and discounts have also been available a few times, but we've yet to see a deal as good as the one at Woot right now. Until the end of the week, you can pick up a refurbished Xbox Series S for just $240--down from its usual price of $300. 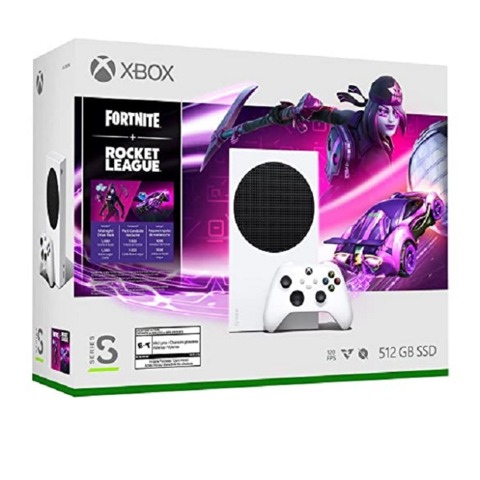 For those who are unfamiliar with Woot, it's an Amazon-owned company. Though this is a refurbished Xbox Series S, it's a "Grade A" model, which means it should work and look like new. The deal won't stick around long, however, as it's only running until May 22 or inventory runs out. Included in the bundle you'll find more than just a refurbished Xbox Series S, as all purchases come with some digital goodies for Fortnite and Rocket League. This includes the Midnight Drive Pack, 1,000 V-Bucks, and 1,000 Rocket League credits.

It's important to note that while you can view this deal on Woot's website, you have to purchase it through the App Store, Google Play, or Amazon Appstore.

Xbox Series S might not be as powerful as its bigger sibling, but it's hard to pass up at this price point. It's especially enticing if you don't have a TV that can support 4K resolutions, as the Series S maxes out at 1440p and 60fps. And with this new deal, it's less than half the price of a new Xbox Series X--making it a great option for shoppers on a budget.

Once you pick up your new Xbox Series S, be sure to check out our favorite Xbox headsets and controllers to round out your setup, along with our list of the best Xbox games to start filling up your hard drive.