Xbox controllers come in a wide variety of colors these days, and for fans of a color that's more ostentatious and in your face, good news: Deep Pink is finally on the menu.

Not to be confused with a barely-legal imitation of legendary rock band Deep Purple, this Xbox wireless controller sports a shade of pink that's bright and tastefully offset by a black D-pad, face buttons, and triggers. A white rear panel finishes off the look of a vibrant and funky peripheral. 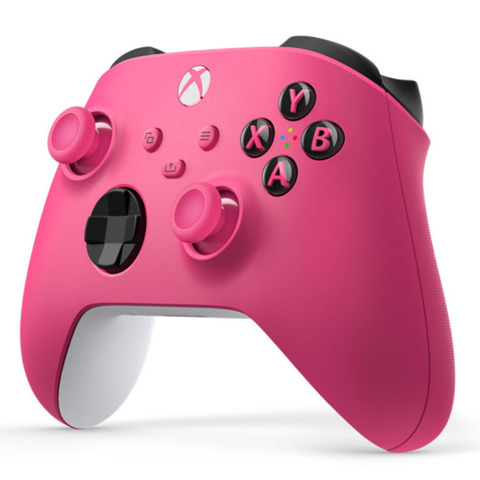 Internally, you can expect the same quality as the other Core Xbox controllers introduced with the Xbox Series X|S generation.

The plastic is sturdy enough to handle even the mightiest of grips while playing an intense game, the texture on the controller keeps it secure in your hands, and the buttons have a satisfying amount of travel when you're hammering in commands through them.

Also worth mentioning is the battery life of the controller, as it's capable of lasting through any marathon gaming session, whether you're using AA batteries or a rechargeable pack that's sold separately. The triggers are also great and feature a wonderfully nuanced sensation of haptic feedback.

If you're a big Marvel fan, you can also check out the official Captain America Xbox controller from Razer. Recently revealed, it's a star-spangled piece of hardware that's inspired by the latest hero to wield the shield, former Falcon Sam Wilson.