Dragon Age II is now playable on Xbox One.

Dragon Age II still has many fans seven years after its release, and now players will get another chance to play as the game is now part of the Xbox Backwards Compatibility program. Starting today, you'll be able to buy a digital copy of the game on Xbox One or, if you have the Xbox 360 disc already, pop it in your Xbox One and start playing for free.

Dragon Age II came out in 2011 and is a complex role-playing game with expansive questing, twisting narratives, and lots of adventure in an vast fantasy world. It has many of the hallmarks of the traditional fantasy RPG; you fight dragons, level up your skills, and assemble your party. Much like Mass Effect 2, which was also developed by BioWare and came out the year before, you choose how you respond to events in the game by using a dialogue wheel. Some interactions greatly affect gameplay and plot down the road.

In GameSpot's Dragon Age II review, Kevin VanOrd gave the game an 8/10 and said it had a wonderful combo of great writing, voice acting, player choice, and fun, fast-paced combat. "Here is a game in which decisions have consequences that ripple outward, producing effects you may not have seen coming," he wrote. "What makes them more effective is that there is not always a clearly bad or good path to take--not in this world in which greed and anger course through the veins of so many, regardless of their affiliation...[It] makes a strong impression, pulling you through with the promise of another fun quest, another character to meet, and another beast to slay."

In other news, Microsoft has announced that the Xbox Backwards Compatibility program is super popular, with users logging nearly 1 billion hours playing Xbox and Xbox 360 games on their Xbox Ones and around half of all Xbox One owners having tried the feature. 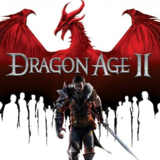