Xbox Exclusive Below Is Heading To PS4 With A New Mode

Venture into the dark again, this time with a little help.

Capybara's eerie and challenging dungeon crawler Below is heading to PS4 later this year, with an additional update that reduces overall difficulty coming to all platforms too.

Detailed in a new trailer, Below's new Explore mode dials back the dangers of the game's procedurally generated caverns, allowing you to soak in its atmosphere at a more relaxed pace. The original difficulty will remain in the game as the default way to play. The trailer doesn't specify when the update will be out, but it is expected to launch on Xbox One, PC, and the new version coming to PS4.

Explore mode changes multiple facets of Below's rules. It reduces the importance of its survival mechanics, makes bonfires permanent checkpoints, and more. All the changes are listed below.

Along with Explore mode, Below will finally be launching on PS4 later this summer. Below was originally a Microsoft published exclusive, releasing on Xbox One and the Windows Store in 2018. It later launched on PC via Steam.

Below received mixed reviews at launch, however, with GameSpot's own James O'Connor criticizing its unrewarding difficulty and repetitive nature in his 6/10 review. 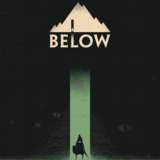