In its earnings report today, Microsoft conceded that Xbox 360 sales were slowing somewhat, with sales dropping 12 percent to 1.5 million in the January-March quarter. The slowdown came despite Microsoft trying to sweeten the deal with a $300 Xbox 360 Elite bundle that packed in Forza Motorsport 3 and Halo 3: ODST, the latter of which comes with an invite to May 3's Halo: Reach multiplayer beta.

However, the Xbox 360's first-quarter sales were enough to push the platform past 40 million consoles sold worldwide. The figure puts it behind the Wii, which had sold 67 million units as of the end of last year, but still ahead of the 33.5 million PlayStation 3s sold as of December 31, 2009.

Besides the three-month gap--Nintendo and Sony have not yet issued their January-March financial reports--the comparisons are also complicated by the timing of the Xbox 360's launch. With the original Xbox debuting the year after the PlayStation 2, Microsoft executives didn't want to be second out of the gate during the next generation. As a result, the Xbox 360 went on sale in November 2005, a full year before its two competitors, the PS3 and Wii, went to market. 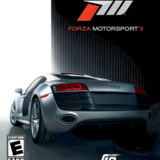 There are 819 comments about this story
Load Comments (819)