WWE 2K17 Is Free To Play This Weekend On Xbox One

Play the game as much as you want now through Monday, April 3.

Looking for something new to play this weekend on Xbox One? Microsoft has announced a free play weekend for WWE 2K17. Now through 11:59 PM PT on Monday, April 3, Xbox Live Gold members can play the professional wrestling game as much as they want at no cost (beyond the price of an Xbox Live Gold subscription).

Additionally, all Gamerscore and Achievements will carry forward to the full game if you decide to buy it. And on that front, the game is on sale for half off ($30) right now, so it's a good time to pick it up if you're interested.

The free download for WWE 2K17 should show up in the Gold Member area of the Xbox One dashboard. Alternatively, you can download it directly from the Xbox Store.

It's free as part of Microsoft's Free Play Days promotion. Other games that have been featured in the program in the past include NBA 2K17 and Rocket League, among others. 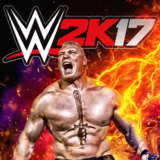