Q&A: We speak to one of the lead developers on the intriguing-looking PC MMO.

Wild West Online, the PC MMO that resembles Red Dead Redemption, generated a lot of buzz when it was announced last month. Originally in the works as a Kickstarter project, the developers at 612 Games canceled plans for community funding after the excitement over the reveal led to mystery investors kicking in more money to fully fund the project.

GameSpot recently had the opportunity to speak with 612 Games boss Stephen Bugaj, who formerly worked at Pixar and Telltale Games, about this change and a lot more.

In our interview, Bugaj said 612 announced Wild West Online earlier than it had planned, due in part to a leaked screenshot for the game that some assumed was for Red Dead Redemption 2. The developer "had to respond" to the leak, and decided to announce the game and its plans for a Kickstarter campaign. The excitement was so strong that the initial investors decided to add to their funds, allowing the game to bypass Kickstarter and Steam Early Access altogether.

Also in our interview, Bugaj talks about how even though Wild West Online has no single-player, it still has "other activities" for people who want to play solo. Additionally, he told us more about the exciting-sounding train-robbery game mode and said there are no current plans to port the game to consoles. He also commented on Red Dead Redemption 2's delay to Spring 2018 and what that means for Wild West Online, while he spoke about what his game offers that Rockstar's may not.

Wild West Online is scheduled to launch later this year on PC, with a beta coming up this summer. Our full interview, edited and condensed for clarity, follows below.

GameSpot: What can you tell us about the private investors who kicked in the extra funds allowing you to bypass Kickstarter and Early Access?

Stephen Bugaj: They are experienced game financiers who recognized a legitimate response among the fans and were willing to put in enough money to get the initial version up and running.

Why do you think they might have been hesitant before the reveal to go all in?

We hadn't asked because we were planning for the Kickstarter campaign and had just accepted that was the path we had to take. When the leak occurred, we had to respond, and the reaction from gamers was so strong that the investors decided it would be worth a further investment to allow the team to focus on making the game, and connecting with players through forums and eventual direct presales, rather than running a crowdfunding campaign and all the work that entails.

The response to Wild West Online you've said has been overwhelming. What's some of the feedback you've received that has stood out or made a mark on you in particular?

People want a multiplayer Western experience, and we are especially happy that players totally recognize the different play types that WWO will provide versus RDR2. What surprised us is how big the pent-up desire for such a game really is, and how much time people are prepared to spend immersing themselves in this kind of world. People on the forums are already crafting Role Play characters and making copious gameplay suggestions for a game that was just leaked a couple weeks ago. We were also very pleased with how thrilled gamers are about the concept art for the women characters, especially.

Due to the extra funds, you are no longer on Kickstarter or Early Access, but do you plan to solicit feedback from the community to shape the direction of the game? Will the beta do that?

We've already started doing that through the forums at forum.playwwo.com. The team is small and very busy, so we don’t respond to a lot of the suggestions directly, but we're reading them and taking everyone's thoughts into consideration. Alpha and Beta will continue that tradition, but like every good multiplayer online game we hope the players spend a lot of time in our world over the years, and we have plans to continue updating the game long after 1.0, so even after official release we will be listening to players and adjusting things based on community suggestions, complaints and observation of how folks are playing. Does that mean everyone will get everything they want? Of course not, but we want to maximize the fun for everyone as much as is possible.

When are the alpha and beta periods coming and what can we expect from them in terms of content?

We're planning to have an initial alpha test this summer. Our focus during alpha will be on checking our server infrastructure and making sure that the basic gameplay elements are working correctly. WWO will be pretty light on content at this stage and most likely we'll have around 25% of the map opened for players, but we will be expanding on both content and open the other map areas as we progress through a series of alphas, and move into a Closed Beta. We hope that we’ll reach closed beta in mid Fall 2017.

You have said you're looking to create a "living, breathing Wild West world"--what does this mean in practice? What kinds of activities can players partake in for PvP and PvE?

PvP is combat-based: gunfights and hand-to-hand. Group PvP will take the form of raids, with one group raiding and the other defending; and similar group combat like group duels and ambushes. Groups can also go on NPC-provided PvE quests together, and generally just explore and role play together. PvE quests, which are also available to solo operators, will include finding specific locations, items, etc. Finally, players can build and maintain homesteads, and engage in resource farming.

Can you play and have a good time as a solo player?

There is no single-player mode, but a solo player can go on NPC-provided quests, resource farm, and engage in one-on-one PvP combat. Of course, through role-playing and out-of-game socializing, solo players will also have a chance to make new friends and team up for further adventures, which for us is the most enjoyable part of online multiplayer gaming. If that's not your cup of tea, there are still other activities that let you lone wolf it.

Do you plan to make Wild West Online available on Steam and DRM-free on GOG?

WWO will eventually be available on Steam, and players who preorder or buy the game before it makes it debut on Steam will automatically receive free Steam keys to be able to play on Steam if they want.

Do you have a price point in mind for Wild West Online? And can players expect micro transactions for things like customization items or boosters or anything of that nature?

We are targeting a $40 price point, but we will also be offering some discount opportunities, as well as opportunities to buy-in to some of the things that would’ve been Kickstarter rewards had we not cancelled that campaign.

When you started talking about Wild West Online, one of the elements that sounded the coolest was the multiplayer, server-wide train robbery mode. What more can you tell us about this mode and how it works?

This is something we are planning to release as one of the first expansions to the game. There will be a train that goes around the map once every few hours. Players can go to the train station and as soon as the train arrives they can get on it. As soon as they’re on the train they will assume the role of "defender." For each route segment--from station to station, they get paid, and they can basically get off the train as soon as it reaches station. This activity will take as much time as you are willing to put into it, but the more time you dedicate to defending train the more in-game money you will earn.

On the other hand, if you'd rather attack the train as a "bandit" you can plan ambushes. The train and its position will be clearly marked on the game map so everyone will know where it is right now and where it is going next. To slow down the train, bandits can plant explosives along the tracks and they can attack the train by shooting at it. At the same time, they can shoot the train’s defenders. The goal of the “attackers” is to get the train to stop. Once it’s stopped they can go to the cargo cars and rob the train of its gold. The train is stopped each time only for a small period of time while it’s being "fixed"--this is basically a timer. Once the train starts moving you can’t rob it anymore and you’ll need to stop it again.

If an attacker managers to get gold, they will need to bring it either to merchants in the towns or to bandit settlements to "sell" it for in-game currency. But beware, if you’re killed on your way to sell gold you just robbed from the train, then your gold will drop and other players will be able to pick it up.

Essentially this "Event" that we're creating is sort of a Raid that happens every few hours within our world and it is open to all players to participate.

Rockstar recently moved Red Dead Redemption 2 to 2018. You were previously going up against them. What's your response to that move and how does it impact Wild West Online, if it does at all?

We are RDR fans, so we're disappointed that we will have to wait longer to play RDR2. Otherwise, we’ve never thought of RDR2 as direct competition: we're a PC-only, online, open-world, multiplayer game and as far as we know so far RDR2 is a console-targeted, narratively-driven, single-player experience. Both games have a Western setting, but only because the genre is underrepresented does the question seem especially urgent--nobody thinks much about it when a dozen different modern warfare games drop in the same year or if one of them delaying means much. We think Rockstar did what they need to for their game to be what they want it to be and it isn't a reflection of the market for Western games overall because we also know that the fans are still excited for WWO (because they're telling us).

Do you have any plans to bring Wild West Online to consoles?

At this time we are 100% focused on making the PC game as good as it can be and haven't made any porting plans whatsoever. However, as they say, the only thing you can't predict is the future. Check-in again after the 1.0 PC release and we’ll see. 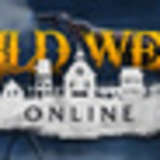