One advantage to owning a Wii is that even though it's a new console, gamers don't have to leave their couches to get some new games to play each week. Though full retail releases slowly trickle out, the system's platform for downloadable retro games--the Virtual Console--continues to pump out titles from the classic days.

Leading this week's trio of games is Gradius III from the Super Nintendo Entertainment System. Like its predecessors, Gradius III puts players in the cockpit of the Vic Viper spaceship to battle wave after wave of enemies from the Bacterion Empire. The side-scrolling shooter is all about power-ups; gamers will stock up on speed boosts, missiles, shields, and more through 10 levels. Gradius III is rated E for Everyone and sells for 800 Wii points ($8).

From the TurboGrafx-16 comes Battle Lode Runner, a spin-off of the famous Brøderbund PC series. In the single-player puzzle mode, gamers will have the familiar task of retrieving stolen gold, only this time, they'll have to travel through time. The game also features a multiplayer mode that supports up to five players competing head-to-head or as teams of two. Battle Lode Runner is rated E for Everyone and costs 600 Wii points ($6). 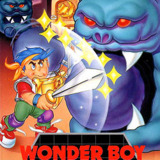