Webzen scores The Lord of the Rings composer

Korea-based Webzen has lined up film composer Howard Shore to create the music for the company's upcoming massively multiplayer role-playing game. Shore, who won three Academy Awards for his work on the The Lord of the Rings films, will write the score for SUN: Soul of the Ultimate Nation, and Webzen will release the soundtrack worldwide when the game launches next year.

Shore joins Webzen as the infantile yet explosive Korean game industry is turning its gaze toward the North American and European markets. The trend has been especially strong in the MMO realm, with NCsoft leading the charge. That Seoul-based company broke into the US with City of Heroes earlier this year and is currently planning to make a similar jump in to Europe. Webzen's move is a sure sign the company is hoping to add some Hollywood appeal to its upcoming game.

The company plans to reveal more on SUN in early 2005. GameSpot will provide more information as it becomes available. 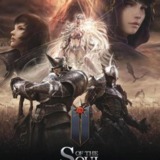