Water Shortages and Power Outages: The Challenges of Game Development in Africa

A beautiful painting is the sum of cows. 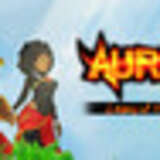 Name a game developed in Africa. If you said, "Broforce," congratulations. But can you name another?

When it comes to game development, the African continent is one of the last frontiers. During PAX East, I sat down with Kiro'o Games CEO Madiba Olivier to talk about his first game, Aurion: Legacy of the Kori-Odan, and his hopes for the future of African game development. Aurion's development cycle is one of self-teaching and self-reflection, and it's a story that Olivier hopes will spur others the same way he was inspired to create games.

GameSpot: You run the first game studio out of Central Africa, specifically in Cameroon. There are other studios in parts of Africa, but why is it significant that Kiro'o Games is located centrally?

Olivier: It's significant because we already have the most ambitious games coming from Africa, after Broforce in South Africa. We are also the first studio in our geographical position; we have influence from North Africa and South Africa because we are in the center.

There were many restrictions during your development cycle, including internet usage and power outages. Can you talk about that?

Yeah, it was a particular struggle when we were coding the game. You are debugging the game and the lights go "pew" and you say, "No, no, I didn't save!" and you have a lot of things to redo.

How frequently does that happen?

I see. And do you have bandwidth caps on your internet?

No, we don't have bandwidth caps, but we do have small bandwidth. MTN, the mobile phone company there, gave us 4G this year. Without it, we would not even be able to upload the game. So if MTN hadn't come, I would upload the game with my phone, but now we have an internet provider for the studio.

This project started in 2002, then you guys were funded through Kickstarter in 2015. Why was that a 13-year process? What took so long?

In 2002, we didn't start a professional process, we started a passion one, with everyone starting to make beginner games. But we matured the idea in 12 years, and we started the real professional team in 2013.

And how big is that team?

We have a team of 20 people, pure self-made men, no experience in the game industry before. There's no school for game design in Cameroon. I taught myself to make games over the internet for 10 years, and I trained the team myself in the first three months, while everyone slept in the studio.

That's incredible. Then you managed to get funded on Kickstarter. What was that experience like?

You should know that Kickstarter only gave us money to finish the game. Before Kickstarter, we had already been funded by private equities; we did our own fundraising in the country and by email, too. We raised at least $150,000 to make the game in two years, and after that we needed six months.

So we did the Kickstarter experience, which was like an election campaign. People were a little bit afraid because this was a bad time for a no-name Kickstarter, and with an African one, people say "whooaa." Because a lot of people think we launched game development at the Kickstarter. No, we already had two years of development.

Around the world, particular genres take root in some countries more than others. In the US, we play a lot of shooters; in Japan there are a lot more RPGs. So are there particular genres or games that take a stronger hold in Africa or Cameroon?

In Africa, we play mostly fighting games and soccer games. And mobile is the big market now since there is a middle class emerging. We planned to go there, but we first wanted to be technically good, to make great games, and now we can get into mobile games.

So what made you decide to create an action-RPG?

I decided because I'm a fan of RPGs, and I think it's one of the only genres where you can innovate. It's hard to innovate in a fighting game; it's really hard to bring something new. And if you want to make a soccer game, EA will call you and say, "What, buddy? What's the idea?" But RPG players love to discover new things, and that's why we focused on RPGs.

Our first target was the American gaming industry and the European gaming industry, because our long-term plan is to become an African publisher, to make African developers' games for the African community. But also we want to create a real bridge between the developers from America to bring over the games of Africa. I'm a real fan of the convergence theory.

What is it about Aurion that makes it an "African" game?

Something to know is that there is not one African culture. There are many African cultures, so we have to get ourselves some of everything. But I think when you see the story, even if we take a little of the JRPG way of building it, there is this deepness we want to show, of the community being in harmony.

The game talks a lot about living together, and the fact that harmony is the "sum of the cows." We don't have to uniformize the society to get something beautiful. That's something you can see in African drawings. When you zoom into it, you say, "This is a mess, what is this thing?" But when you zoom out, you say, "Wow, what a beautiful picture." That's something our ancestors left us, a legacy to show to the world: "Harmony is the sum of cows." Never forget that.

And is that a lesson you're trying to teach the world with this game?

Exactly. The main challenge, beyond trying to make a fun game, is trying to make people put down the gamepad and say, "Wow, what they say in this game inspires me in my own life. It makes me ask myself about what we are doing here, about my role as a potential leader."

Is that your hope as a studio and eventually a publisher--to inspire others to do the same?

Exactly. We are pretty proud when someone in American says our story, coding in an African studio without lights, inspires them when they struggle as a game dev, because we were inspired by a lot of other devs too.

Well, I certainly hope that it inspires others the way you want it to.

Thanks. I hope so too.

Tony makes videos for GameSpot and occasionally writes a word or two for things like this. Yes, he will be your friend.

Aurion: Legacy of the Kori-Odan