This looks quite impressive.

Sega on Friday released the first in-engine footage for its upcoming PC game Total War Warhammer, which is set in the fantasy universe created by Games Workship, instead of real-life historical battles of previous installments.

This footage, which you can watch below, focuses specifically on the game's "Legendary Lords" characters. Each has a unique lineup of abilities, weapons, armor, mounts, and even a distinct quest chain.

The character on display in this video is Emperor Karl Franz. Watch as he leads his men against the horde of Greenskin orcs as part of The Battle of Black Fire Pass.

Looking ahead, Sega said it will publish an extended video about this specific battle, featuring developer commentary, on July 30.

Total War Warhammer is in development at The Creative Assembly (Total War: Attila, Alien: Isolation) by way of a partnership with Warhammer license-holder Games Workshop. The game is coming to PC, though a release date has not been announced.

For a closer look at Total War Warhammer, which is the first in a trilogy, check out some images below. 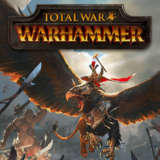