Wasteland 3 Is A Massive Upgrade From Its Predecessor

Following the massive successes of crowdfunded revival projects for Wasteland 2 and Torment: Tides of Numenera, developer InXile Entertainment is prepping another visit to post-apocalyptic North America with Wasteland 3. Similar to its predecessor, the upcoming post-apocalyptic tactical-RPG puts you in the role of a leader of a roaming squad of wasteland rangers. You'll explore the ruined wastes of the former United States of America, expanding your party and fighting bandits along the way. But eventually, you'll need to make some drastic choices that will--for better or worse--reshape the state of things in the ruins of the old world. During Gamescom 2019, we got the chance to dive into a short section of the game centering around a mission that tasked us to raid a bandit camp.

Moving away from the deserts of Nevada and the lush green locales of irradiated California, Wasteland 3 brings the Rangers further east to Colorado. In stark contrast to the previous games, Colorado is a frozen wasteland, making on-foot travel a significant challenge. This time around, the Rangers have a vehicle known as the Kodiak, a heavily armored--and heavily armed--all-terrain tank that can traverse the snow-covered landscape. Wasteland 3 is very much a continuation of what came before. However, the developers spent more time refining the core gameplay and sprucing up the presentation. Gone are the static character portraits and lines of scrolling texts, and in their place are fully voice-acted dialogue sequences, adding some gravitas to each interaction you have with characters in the post-apocalypse.

According to the developers, last year's acquisition from Microsoft created a massive windfall of resources for their project. Speaking with lead level designer Jeremy Kopman, he described what happened when the game's budget had suddenly increased threefold.

"We spent a lot of time on [the production values], and then having Microsoft acquisition happen gave us more resources for this project," he said. "It gave us the chance to pause and redirect some aspects of the game. With that said, as far as gameplay and mechanics go, we didn't want the extra resources to change the game into something that's not Wasteland. However, this opportunity allowed us to get the game up to a much higher level than before, like having full voice-over and better visuals. It was an opportunity to expand the game that we wouldn't have had otherwise."

In the demo, we traversed the snow-covered landscape in our Kodiak in order to reach a bandit compound. To gain entrance, we had to use brute force to get past the guards. Utilizing using our squad's various skills and weapons, which included sniper rifles, heavy machine guns, and explosives. While you'll have plenty of choice in how you choose to engage with foes, such as using stealth or just letting loose with all your weapons, there are some opportunities to skip over fights entirely--either through some smart dialog choices or using your character's skills to open pathways around dangerous areas.

Much like the previous game, you'll control a party of unique characters with their skills and loadouts. While you'll often work together as a group to overcome the challenges, there are several opportunities for squad members to stand out and shine. As we ventured further into the compound, we found an alternate path into the following areas of the base. While we could take a different way, leading to several more combats encounters, this secondary path led us to an obstacle course filled with death-traps. Individual members of the party could use their unique lockpicking and beast-taming skills to overcome the bizarre challenges in the bandit obstacle course. Not only did this allow us the chance to learn more about the bandits and their hideout, but it also offered a pathway to the final encounter in the demo, allowing us to get the jump on the fiercest enemies in the base.

Compared to its predecessor, Wasteland 3 looks to be a substantial upgrade compared to the previous game. This is especially noticeable during the core combat and dialog scenes. It's still very much in line with the previous game, yet it has an undeniably more modern look. I couldn't help but notice the similarities with other tactical RPGs like XCOM: Enemy Unknown, and I think that's a great thing. While I enjoyed Wasteland 2, I can't deny that it felt somewhat unrefined in its approach, which sought to reinterpret the classic design of the 1990 game. Action and the flow felt more manageable, thanks in part to the more legible UI that made your planned actions and the reactions from enemies much more apparent.

Set for a full release sometime in 2020 for PC, PS4, and Xbox One, Wasteland 3 is shaping up to be a solid follow-up that maintains the level of choice and agency from its predecessor--while also really seeing the stakes with its increased production quality. For more on Wasteland 3, be sure to check back with GameSpot for more info as it comes. 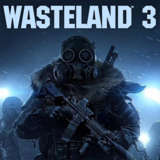