Warhammer 40,000: Darktide Is A New Game From Vermintide's Dev

The four-player co-op game is set in the hive of Tertium. In the trailer below, we see four gun-toting soldiers walking through a decrepit, cavernous-like area before running headfirst into a horde of zombie-like creatures, both big and small. Unfortunately, we didn't see the soldiers introduce themselves, but the trailer still gave off some creepy vibes. With the studio having created the Left 4 Dead-like Vermintide games, it's easy to think of what happened next.

A blog post on Fatshark's website adds that the studio is "sticking with what we know." It'll feature the same style of melee-centric combat that Vermintide is known for while also incorporating "more complexity" for ranged combat, with the goal being to "bring it up to par with the hands-on stuff. Our hope is that we can really deliver on some truly hybrid combat that’s both accessible yet boasts a high skill ceiling, offering the same opportunity for mastery regardless of whether you’ve got a lasgun or a chainsword in your hands."

Warhammer 40,000: Darktide is a console launch exclusive to the Xbox Series X, which means it could also come to PS5 later. However, no timing or details were given on that front. It is coming to PC in 2021, and a Steam page is already live. System requirements for that version were not shared.

The Steam page includes a bit of an expanded description, explaining the game in this way: "In the depths of the hive, the seeds of corruption threaten an overwhelming tide of darkness. A heretical cult known as the Admonition seeks to seize control of the planet Atoma Prime and lay waste to its inhabitants. It is up to you and your allies in the Inquisition to root out the enemy before the city succumbs to Chaos."

You can check out some screenshots of Darktide below. 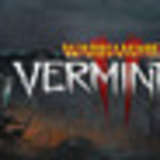