Valve cited issues like player base growth as reasons while Artifact development will no longer continue.

Valve has decided to cease development on its Dota 2-based card game Artifact and its revamp, Artifact 2.0, citing issues with growing the player base necessary to justify the development.

In a Steam blog post, Valve wrote that while it's proud of the work it managed to accomplish on Artifact's reboot, the studio wasn't satisfied with the size of the game's current player base.

"It's now been about a year and a half since the current Artifact team began work on a reboot in earnest," Valve wrote. "While we're reasonably satisfied we accomplished most of our game-side goals, we haven't managed to get the active player numbers to a level that justifies further development at this time."

Valve went on to say that instead of deactivating the servers, both games will remain as they are--they will just go to a free-to-play model. Valve noted that Artifact 2.0, now called Artifact Foundry as part of this free-to-play transition, remains "an unfinished product." According to Valve, "the core gameplay is all there" and all that's missing in the game is polish and art. Both games will stay playable for the foreseeable future, but Valve won't release any future updates.

As a result of making OG Artifact (or Artifact Classic) and Artifact Foundry free-to-play, Valve is dropping one final set of changes to both titles. This includes giving players access to every card for free (no purchase of any kind required), turning paid cards into special Collector's Editions versions, removing paid event tickets, and continuing to give those who bought Artifact Classic packs of Collector's Editions cards for playing the game. One specific change to Artifact Foundry, meanwhile, is adding all final card art that was in the works to the game.

Artifact Classic and Artifact Foundry are the latest games to have been unceremoniously canned. Developer BioWare recently announced that the Anthem overhaul, dubbed Anthem 2.0 or Anthem Next, has been canceled and a Stadia port for Terreria has been shelved. 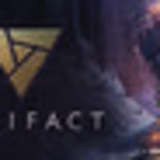