A gamepad might be too challenging to use in the world of Vardoran.

V Rising has skyrocketed to the top of the Steam charts. It's currently among the best-selling games on the marketplace just a week after its initial early access release for PC players. As the game is only playable on PC at the moment, many keyboard and mouse enthusiasts are perfectly content with the game's controls. However, there are some controller aficionados that are wondering if V Rising has any kind of controller support. When you open the game's settings, it appears that only keyboard and mouse controls are available. Although there are some ways around this, the developers recently advised against this and that controller players shouldn't hold their breath for future support.

Using a controller in V Rising

At the time of writing, V Rising has no controller support. Even if players plug in their controller through a USB cable in their PC, the game will not recognize it as a viable input option. While players can technically control their character with the controller in-game, the controls are not user-friendly whatsoever. Since there are so many different controls in V Rising, some of which use the same inputs, controllers simply aren't advisable to use.

Despite many players asking for the developers at Stunlock Studios to add some kind of support for a gamepad, it doesn't appear support is arriving anytime in the near future. The official V Rising Twitter account recently responded to a fan request, saying that players shouldn't expect controller support anytime soon.

Hey Wizard, we aren't currently working on controller support and don't have any plans to do so. It isn't impossible, but I wouldn't expect it.

Though the developers said controller support "isn't impossible," fans shouldn't expect to use their controller in V Rising for the foreseeable future. Instead, players will simply have to get used to the keyboard and mouse controls. Most of the default options are fairly user-friendly and commonplace for a game like V Rising. If you're new to these types of games, we recommend not changing many of the keybinds. Of course, if you're a veteran of MMORPG-type games, then by all means use whatever you've grown accustomed to in the past.

Should Stunlock change its stance down the line, we'll update this guide to reflect the changes. Whether you're a newcomer or experienced player, though, you might need some help with V Rising in the early game. We've compiled various guides on how to find whetstones, leather, iron, and even how to enable cheats. 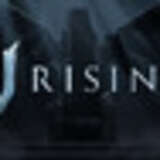