Sega and The Creative Assembly's Stormrise, which shipped for the PC, Xbox 360, and PlayStation 3 this week, is, according to critics, a "broken mess." Luckily for the publisher-developer duo, the much-better-reviewed Empire: Total War remains a top-selling title, as the historical real-time strategy/action hybrid title retained its position atop The NPD Group's PC sales chart for the week of March 15 to March 21. 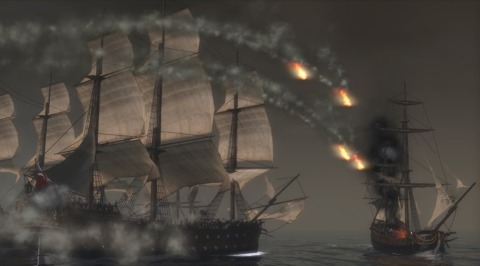 Slots two through eight will undoubtedly look familiar to anyone who follows NPD's weekly PC charts. Blizzard's World of Warcraft: Wrath of the Lich King again found itself immediately behind Empire, with WOW: Battle Chest and the stand-alone original placing fifth and sixth. EA's The Sims 2 Double Deluxe and Apartment Life worked their way into the third and seventh slots, while Spore sprouted at eight. THQ's Warhammer 40,000: Dawn of War II continued its strong sales run, placing fourth on the week.

Take-Two and Firaxis' Civilization IV, which enjoyed ample success upon its release for the PC in 2005, slipped back into NPD's charts with a ninth-place finish. Big Fish Games' adventure title Mystery Case Files: Return to Ravenhearst rounded out the week's accounting.

* The above chart reflects the NPD Group's sales data drawn from a cross-sampling of retailers nationwide. Therefore, it does not include game sales through nontraditional channels such as digital distribution.