This frustrating, broken mess is one of the worst strategy games in years.

Stormrise is one of those games that makes you wonder, "What were they thinking?" This real-time strategy game is, from top to bottom, misconceived, frustrating, frequently broken, and rarely fun. Developer Creative Assembly has built an entire product around a fundamentally flawed control scheme and neglected almost every important facet of the RTS genre. Embarrassingly busted pathfinding, infuriating interface problems, abysmal mission design, substandard visuals--these unpleasant elements and many others make the whole thing an unseemly mess. Furthermore, the game's console roots lead to an even more awkward experience on the PC than on other platforms.

The control scheme in question is called whip select, and its Stormrise's most interesting idea--and greatest liability. The game eschews the standard top-down perspective, forcing you to view the battlefield and issue orders from the viewpoint of an individual squad. This isn't a brand-new innovation; a similar perspective worked to great cinematic effect in Tom Clancy's EndWar. To switch to another unit, you rotate a line that emanates from the center of the screen by holding the right mouse button, hovering the line over your target unit's icon, and releasing. This is whip select, a control scheme that valiantly attempts to get around console gamepad restrictions but has no place on the PC. While at first it may seem like an odd but semifunctional alternative to traditional RTS controls, any initial fascination deteriorates rapidly into abhorrence, when the control scheme collides with the game's delinquent interface and often nonfunctional pathing.

Your initial struggles will come when you start to spread units across the map. When a squad isn't onscreen, it is represented by an icon displayed either in your field of view (when there are obstacles between your current selection and your target) or along the edge of the screen, in the manner of a space combat sim. When units amass in the distance, making an exact selection, especially in the midst of combat, can be a nightmare. You'll waste precious seconds fiddling to make sure you highlight the correct tiny icon before releasing the mouse button, or worse yet, choose the wrong unit, possibly flinging your view you to an unrelated squad that happens to be positioned in the same general direction--but underground. Or you may land on the wrong unit simply because you can't tell what the unit type is from the simple icon that represents it, wasting even more time while you fumble your way to the squad you need most. Rather than enhancing the enjoyment, whip select taints every action and hobbles the few moments where the game's burgeoning potential peeks from underneath this specter. It's like driving through a thick fog, or running with a broken leg. You can issue indirect orders, though this function is only mildly helpful, and like most aspects of Stormrise, was not implemented well. You can issue such a command when controlling a unit, but not when managing the power nodes that you must capture and upgrade, where the feature would have been far more helpful. In fact, when your view is centered on a power node, you can't even turn the camera, an inexplicable design flaw specific to the PC version.

From here, the problems begin to pile up, and the resulting tower of insanity crashes to the ground in an astounding mass of broken and half-implemented features. The pathfinding in particular is possibly the worst an RTS has seen to date. Units get hung up on everything: the environments, each other, and sometimes nothing at all. You might watch some individual members of a squad move forward while the lagging ones get stuck in the level geometry, and then teleport forward a few moments later. Large units like the spiderlike matriarchs may walk directly into beams and just keep walking rather than go around, and get stuck in jittery animation loops when they can't figure out what to do or where to go. Squads won't get out of the way of oncoming units, often leading to traffic jams that can only be fixed by manually leading away units one at a time until you can bring order to the chaos. Interpretive dance routines are common in the ranks of your infantry, and your warriors often choose to run about like buffoons rather than engage the enemy or find a place to still their hyperactive feet.

The campaign's level design seems created almost to aggravate these issues. In the level that introduces the anti-infantry vehicles called prowlers, these units must navigate through tight roadways, a task they are clearly incapable of performing. In later missions, you must lead units down spiraling set of walkways to take a series of control points, and navigate through incredibly confined underground tunnels. The choke points in these areas create long, frustrating stalemates due to the resulting stew of practically uncontrollable units. At least in wider environments, unit behavior inspires fewer headaches, but these missions are simply abysmal, because bad pathfinding and unnecessary micromanagement lead to losses that could have been avoided if your units would have simply done what you commanded them to do. At least on the PC you can assign hotkeys to units, which lets you get around the map a bit more quickly than in the console versions. However, you can group only three (yes, three) units together, and doing so compounds the pathfinding absurdities.

Even should you overcome these roadblocks, you'll find that units are extremely slow to respond to orders, taking their time to move out of the way as if they need to give it some thought first. Want your hero unit to get out of the way when his health is quickly diminishing? Don't count on it: he'd rather perform a series of useless animations, and then die--which ends the mission--rather than actually follow your command. Not that it is always clear why your hero (or any other unit) is losing health in the first place. All too frequently, you will watch a health bar slowly diminish, yet the absence of bullets, lasers, or nearby units will make you wonder where the damage is even coming from. This is because animations and effects often go missing. Enemy rangers might collapse in a bloody heap, apparently from the fire of your hovering hunters--but because these airborne units are stuck in a jittery loop, you won't see any laser fire. In fact, Stormrise goes out of its way to not give you important visual information. Once units are grouped, you cannot see their remaining health, which is an enormous problem should you include a commander in the group. Should you want a better look at the battlefield, you might try pulling up the overhead view, though in doing so you will find the most useless piece of garbage that's ever been passed off as a map.

This smorgasbord of horrific design is all the more heartbreaking when you consider the game's potential. Yes, Stormrise is brimming with terrible ideas poorly executed, but the grim, futuristic setting and cool-looking units like the soaring rift worm show elements of real promise. Two factions, the Echelon and the Sai, clash over the future of the planet after a cataclysmic environmental disaster, and both sides' moral ambiguities give way for a few different twists and turns to the tale. The story isn't always easy to follow, but emphatic voice acting and a few atmospheric touches keep the narrative interesting, even if you aren't always sure what's going on. Sadly, poor production values cast a shadow on these few bright spots. When masses of units collide, Stormrise can offer a mild visual spectacle. Otherwise, low-resolution textures, poor lighting, and muddy, uninspired art make the game look homely, even when you crank every visual option up to its highest setting. It's hard to imagine why such an unattractive game requires DirectX 10 (and therefore Windows Vista) to play.

The basic gameplay also showcases some decent core ideas. You must capture and link power nodes to accumulate resources, and can upgrade them with shields and surprisingly effective turrets. This concept isn't that new, but it's a solid one that keeps you pressing forward. And while utilizing the terrain has been an important aspect of other strategy games, few offer Stormrise's sheer verticality. You can place snipers (called infiltrators here) on ledges and move infantry behind cover, and once you become familiar with each unit's attack range, careful positioning can open up some intriguing strategic options. Sadly, knowing each unit's range is even more important than you would expect, given that if you give an attack order, the unit will likely move right up to its target, rather than attack from the most distant possible range, as in every other RTS. This leads to more micromanagement, lest your rangers wander directly into their targets as if they just want a hug.

Stormrise's multiplayer component gives rise to its greatest ideas. Before you head into battle, you can customize your powerful commander unit with different weapons and abilities, which is a nice touch that gives you the element of surprise. Up to eight players can battle it out, and like World in Conflict, Stormrise offers drop-in, drop-out online play. At least here you can leave behind the single-player campaign's oft-frustrating mission objectives and concentrate on capturing power nodes while crushing the opposition. Multiplayer skirmishes offer the most hints at what the game could have and should have been, and a few micromanagement lovers may enjoy exploring their units' alternate attack modes (the matriarch's acid storm is fun to play with). However, you're still dealing with all the control and pathfinding issues, only now, you might get stuck on friendly units that you don't get any direct control over. If you really want to showcase your skills on the leaderboards, you can participate in ranked matches, but maddeningly, the game allows uneven teams, which is just out-and-out absurd in a ranked contest. Not that tacticians on the PC are likely to find many fellow players: at the time of this review, Stormrise's online community is so tiny that you may have trouble finding so much as a single competitor.

There are more nightmarish issues, of course. Such as how the terrible enemy AI ignores your attacks, or rushes past your powerful stalkers in endless, scripted waves. And how the broken checkpoints (don't let the "saving progress" indicator fool you) and single save slot mean potentially saving at an inopportune time, forcing you to restart a mission from the beginning. And the automated rally-point function, which may send your units off in the most unhelpful direction possible. Suffice it to say, Stormrise is a broken debacle that is in no way deserving of either your time or your money.

View Comments (0)
Back To Top
2
Terrible
About GameSpot Reviews 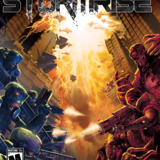 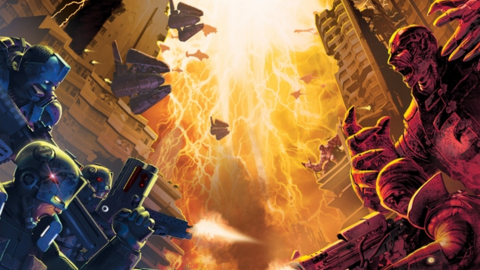 Stormrise is a postapocalyptic real-time strategy game from the makers of Total War, with the ability to control units in the air, on the surface, and underground.