Watch this weekend as the Ultimate Fighting Game Tournament 9: Infinity brings you some of the best players and matches on the road to EVO 2013.

The 9th iteration of the UFGT will be live streamed to you this weekend (May 24th-26th) on the road to EVO 2013. Tune in as some of the best fighting game players come out to the tournament to compete for pride, glory, prizes, and all important seeding points. UFGT will be available for your viewing pleasure via 2 live streams. The main stream will be Level|Up and the secondary stream will be provided by VGBootCamp. There will also be a pre-show on Thursday night at 8pm EST. See below for the streams, schedules, and more. For more information you can check UFGT.

Main Stream brought to you by Level|Up

Secondary Stream brought to you by VGBootCamp 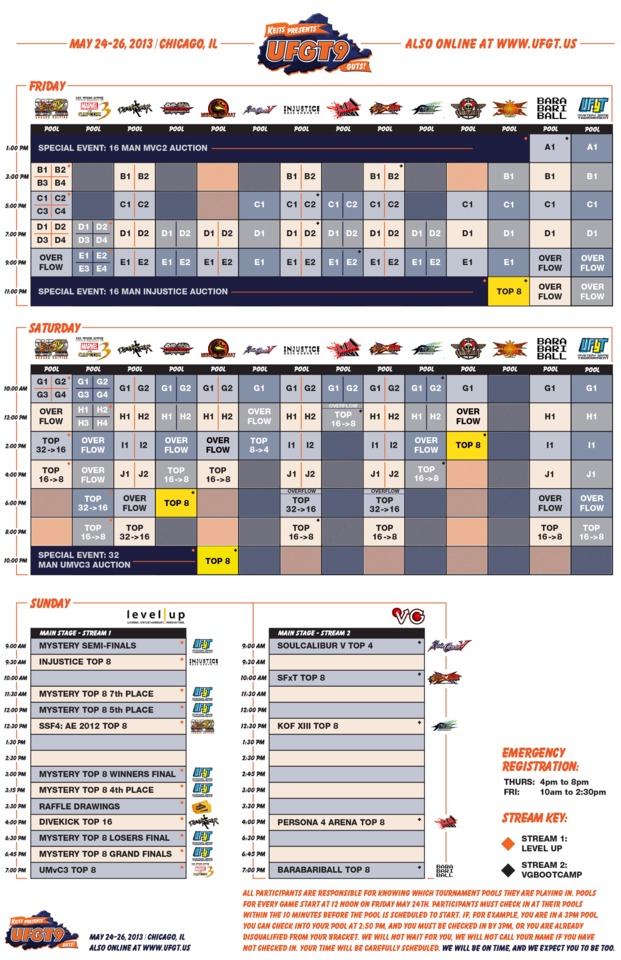