When it comes to the Hayes family, everything is a matter of perspective. 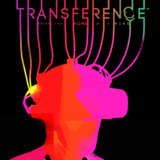 On the surface, Ubisoft's new first-person psychological thriller, Transference, is a pretty spooky descent into one man's misguided efforts to transfer someone's consciousness onto a computer. As is the case with most fictional mad scientists, Raymond Hayes decides he and his family are the best subjects for his final test and attempts to upload himself, his wife Katherine, and their son Benjamin all into the same simulation. Things do not go well.

Transference picks up at the conclusion of Raymond's experiment. You take control of a nameless protagonist who stumbles upon Raymond's work, but instead of a happy family living in never-ending bliss, you discover a twisted digital reality that's partially incomplete and fractured into three different perspectives.

During a Ubisoft pre-Gamescom press event, I played a 15-minute Transference preview demo on the Vive, but the game is available as a non-VR title as well. After donning the headset, I began to explore a crumbling reality. I navigated a single apartment complex that experienced minute changes, very much like the one in Silent Hills' playable teaser (P.T.), through the eyes of four different characters--the three members of the family and the neutral protagonist who can view the simulation without bias--to escape a collapsing digital world. Despite the urgency of the situation, I was often drawn to stop and watch the emotional distress that had befallen the Hayes family. I desperately wanted to know what happened and solve their mystery. Transference preys on this desire, the need to solve mysteries and fulfill patterns, throughout both its storytelling and puzzles.

"We wanted the player to use their observation and the simple interactions in the game to solve the puzzles," said Transference producer Kevin Racape. "The more the player progresses, the more the walls starts closing in. You're a prisoner of this world. You feel trapped within this simulation--this crazy experiment--and that's the feeling we wanted to give to our players."

Every clue you need in order to make it to the next area can be found in your immediate vicinity. The trick is changing your perspective. It's exactly like a real escape room, as each challenging puzzle is meant to be solved through the shared experiences of multiple people. Often, one clue can take on entirely new meaning when seen by a different set of eyes. Our histories affect how we take in information, and utilizing this fact is the key to overcoming the varied puzzles throughout Transference.

Throughout the Hayes' apartment complex are light switches. Flipping a switch literally switches which character you see through. When I first entered the simulation, I was looking at the world as the game's protagonist. He couldn't get into the Hayes' apartment, which comes as no surprise as he doesn't know what it's supposed to look like and thus can't visualize anything past the front door.

Flipping a switch put me into the perspective of little Benjamin, which removed the door entirely and replaced it with a gaping black mass of nothingness. Benjamin's memories of the front door had been corrupted, as the data was missing a few pieces. Switching back to the protagonist, I went down to the basement, grabbed an extra door knocker, switched back to Benjamin, and added it to the corrupted data to reform the door. As Benjamin, I made my way into the Hayes' apartment and into the next room.

Most of the perspective shifts in the Transference demo revolved around puzzles and gameplay mechanics, but there were a few times when jumping from person to person revealed story details as well. For example, both Benjamin and his father view their apartment very differently, one seeing it as a nightmare and the other as a place for new beginnings.

"[Seeing] the whole environment [as a representation of] their own psyche will help a lot in discovering who they are, because if you take the time to explore and observe every item in each of the perspectives, they all have a purpose for being there," Racape said. "Through these observations, this is how you'll manage to put the pieces together. The different perspectives are necessary in order to learn more about each of the characters."

Learning the backstory behind each member of the family can help inform how to solve the game's puzzles. Even the protagonist's perspective is important, as he's the one who can see that there's something very wrong with the simulation. Of course, the protagonist himself doesn't belong and the digital world knows it.

The monster's emergence forced me into my flight-or-fight response. Unfortunately, my decision to face the corrupted data did not end well. Perhaps Katherine would have seen the monster differently, but she was the only perspective I didn't get to play. Though terrifying at the time, the corrupted data is a welcome addition to Transference. Every good escape room pushes its players to think creatively by setting a time limit, and the monster's presence adds the necessary pressure to remain alert for the clues that lead to breaking fee.

Transference is available on Xbox One, PS4, PSVR, Vive, and Oculus.

How To Unlock The LAPA SMG For CoD: Warzone And Black Ops Cold War

Where To Reveal The Command Symbol In Fortnite