What this means for the future of Guitar Hero Live is unclear.

Ubisoft has acquired FreeStyle Games, the UK studio behind Guitar Hero Live and the DJ Hero series. The studio was previously owned by Call of Duty publisher Activision.

FreeStyle Games will henceforth be known as Ubisoft Leamington, referencing the studio's location in Leamington Spa. As for what the studio will work on, in a news release, Ubisoft said the team will closely collaborate with Ubisoft Reflections and other Ubisoft-owned international studios "to develop AAA games.

"We're thrilled to have their expertise within the group, and the team at Reflections are looking forward to creating great things together," managing director Richard Blenkinsop said in a statement.

Terms of Ubisoft's acquisition of FreeStyle Games were not disclosed.

It is not immediately clear what this news means for the future of Guitar Hero Live. We will report back with more details as they become available.

Guitar Hero Live came out in October 2015 and did not sell as well as Activision anticipated. In the wake of the underperformance of this game and Skylanders SuperChargers, Activision enacted a round of layoffs. 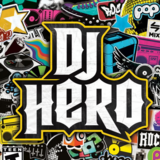