Third game to be developed over period of 36 months; new engine allows for "much higher level of character landscape detail."

Big news for the Two Worlds franchise, as publisher TopWare Interactive has announced that Two Worlds III is now in development, while Two Worlds II is getting new DLC and a "major" update to its engine.

TopWare made the announcement on Facebook this week. A third game in the Reality Pump-developed series should come as no real surprise, as the first two games have sold a combined 10 million units.

It is still early days for Two Worlds III, as it's in the "concept stage," TopWare said. It is expected to have a 36-month development schedule, and TopWare said fans should "keep an eye out" for more news later.

As for the other piece of Two Worlds news, TopWare has announced a "major engine update" for Two Worlds II, which it will use not only to "lay down the basics" for the third game, but also to release new DLC for Two Worlds II. The DLC will include eight new multiplayer maps and two single-player expansions, titled Call of the Tenebrae and Shattered Embrace.

Call of Tenebrae is set to come out at the end of Q2 2016. It "focuses on the Hero's return to Antaloor, where he witnesses the shocking murder of DarPha. The killers are a never-before-seen tribe of hideous, rat-like creatures known only as 'The Chosen.' who control a mysterious, powerful new magic. Their genocidal plot threatens every living creature in Antaloor, and it's up to the Hero to find a way to stop them."

Thanks to the new engine, players can "expect to experience Antaloor like never before with the new engine update for Two Worlds II."

The new Two Worlds engine, which will also be available for Linux and Steam OS, overall allows for a "much higher level of character landscape detail," TopWare said. It will also add "an HD-GUI, in addition to tons of in-game achievements, co-op multiplayer, and lots of new in-game features and upgrades."

For more on these new Two Worlds announcements, head to the Two Worlds website. 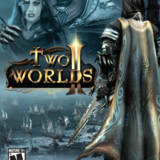